Researchers have developed a novel microscopy technique to make invisible molecules visible by “de-crowding” to expand a cell or tissue sample before labelling the molecules. 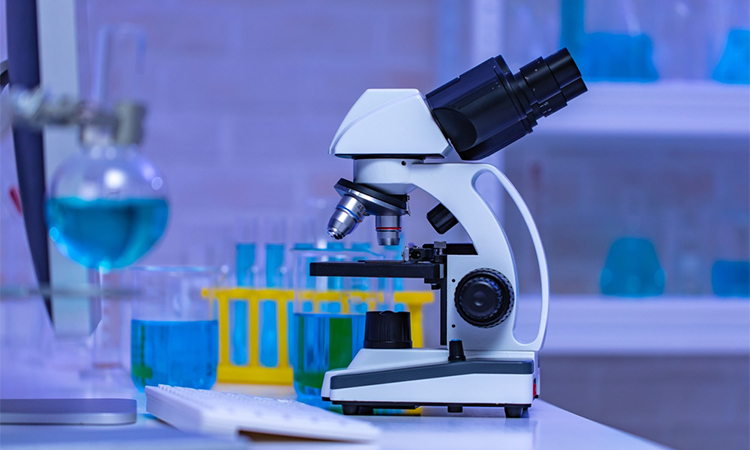 Inside a living cell, proteins and other molecules are often tightly packed together. These dense clusters can be difficult to image because the fluorescent labels used to make them visible cannot wedge themselves in between the molecules. Researchers from Massachusetts Institute of Technology (MIT), US have now developed a novel microscopy technique to make those invisible molecules visible by “de-crowding” to expand a cell or tissue sample before labelling the molecules, which makes the molecules more accessible to fluorescent tags. The technique was recently reported in Nature Biomedical Engineering.

This method, which builds on a widely used technique known as expansion microscopy previously developed at MIT, should allow scientists to visualise molecules and cellular structures that have never been seen before.

Using this microscopy technique, the team showed that they could image a nanostructure found in the synapses of neurons. They also imaged the structure of Alzheimer’s-linked amyloid beta plaques in greater detail than has been possible before.

Imaging a specific protein or other molecule inside a cell requires labelling it with a fluorescent tag carried by an antibody that binds to the target. Antibodies are about 10 nanometres long, while typical cellular proteins are usually about two to five nanometres in diameter, so if the target proteins are too densely packed, the antibodies cannot get to them.

This has been an obstacle to traditional imaging and also to the original version of expansion microscopy, which the researchers first developed in 2015. In the original version of expansion microscopy, researchers attached fluorescent labels to molecules of interest before they expanded the tissue. The labelling was done first, in part because the researchers had to use an enzyme to chop up proteins in the sample so the tissue could be expanded. This meant that the proteins could not be labelled after the tissue was expanded.

To overcome that obstacle, the researchers had to find a way to expand the tissue while leaving the proteins intact. They used heat instead of enzymes to soften the tissue, allowing the tissue to expand 20-fold without being destroyed. Then, the separated proteins could be labelled with fluorescent tags after expansion.

With so many more proteins accessible for labelling, the researchers were able to identify tiny cellular structures within synapses, the connections between neurons that are densely packed with proteins. They labelled and imaged seven different synaptic proteins, which allowed them to visualize, in detail, “nanocolumns” consisting of calcium channels aligned with other synaptic proteins. These nanocolumns, which are believed to help make synaptic communication more efficient, were first discovered by the researchers in 2016.

The team are now working with other labs to study cellular structures such as protein aggregates linked to Parkinson’s and other diseases. In other projects, they are studying pathogens that infect cells and molecules that are involved in ageing in the brain.