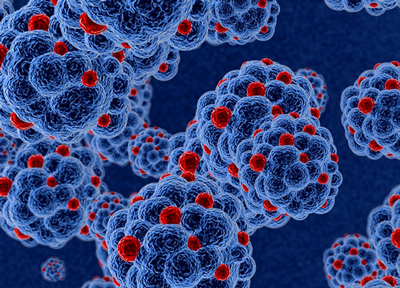 Commenting on the study, James Whitney, Assistant Professor of Medicine, Harvard Medical School, and study Principal Investigator in the Centre for Virology and Vaccine Research at Beth Israel Deaconess Medical Centre in Boston, said: “Our ultimate goal with TLR7 agonist therapy is to stimulate the body to drive latent HIV out of viral reservoirs in infected cells and to enhance virus-specific immune responses in HIV-infected individuals. This study demonstrates the approach has promise, and that lower, longer-term TLR7 agonist dosing may be a potentially useful approach to inducing long-term HIV-remission.”

Viral suppression was maintained through to week 67

Earlier research showed that GS-986 treatment, in combination with ART, reduced SIV DNA levels by 30 to 90 percent in some tissues.  This follow-up study was designed to assess whether GS-9620 produced results similar to GS-986, and whether lower doses of the compounds would induce transient plasma viremia and/or perturb SIV viral reservoirs.  A lower dose was chosen with the intent to minimise induction of peripheral interferon-alpha (IFN-alpha), an anti-viral protein that can cause adverse events.

In this placebo-controlled study, SIV-infected rhesus macaques received ART beginning day 65 post-infection. All animals achieved and maintained viral suppression through week 67 when they received 10 to 19 doses of either GS-9620 or GS-986 every other week.

TLR7 agonist dosing induced transient and variable increases in plasma SIV RNA levels across all treatment groups.  After completing all doses of TLR7 agonist and prior to stopping ART, peripheral lymphocytes and lymph node biopsies from the animals had less inducible virus.  Two of the TLR7 agonist-treated rhesus macaques maintained undetectable plasma viral load for more than 90 days after stopping ART.

“Today’s preliminary results give us deeper insight into how we might use GS-9620 effectively as we continue to focus on the potential role of TLR7 agonists in HIV eradication strategies,” said Norbert W. Bischofberger, PhD, Gilead’s Executive Vice President, Research and Development and Chief Scientific Officer. “We have advanced research on GS-9620 to a Phase 1b safety study in HIV-infected individuals taking ART and other GS-9620 studies are also underway, including one in patients with chronic hepatitis B for its potential to reduce HBsAg.”