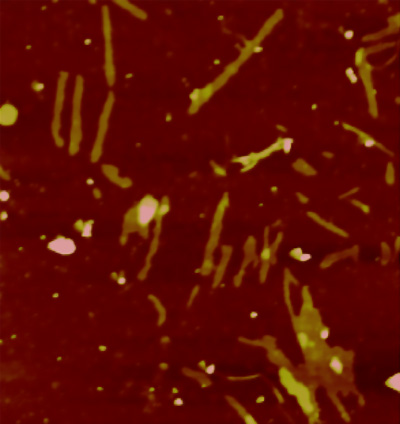 Scientists from IRB Barcelona have described a molecular system of protection that involves the androgen receptor protein, a molecule that is mutated in patients with Kennedy’s disease and which cause progressive muscle wastage.

The finding brings in-depth molecular insights that can lead to new studies and bring researchers closer to finding a therapeutic target for Kennedy’s disease.

In Kennedy’s disease, the muscle cells and motor neurons are damaged as a result of the accumulation of androgen receptor fibres—a process that causes them to die. “Many aspects of diseases involving aggregates, such as Alzheimer’s and Parkinson’s, are unknown. In this regard, Kennedy’s disease is in a worse position because it is a rare condition,” explains Xavier Salvatella, head of the Molecular Biophysics Lab at IRB Barcelona.

The onset of this genetically inherited disease occurs in late adulthood, affecting one in every 40,000 men and causing progressive deterioration of all muscles. Although not fatal, the condition is debilitating, and 20% of those affected eventually need a wheel chair.

Salvatella studies the sequence of molecular events that causes the aggregation of androgen receptors. He and his team seek to determine the regions of the protein sequence responsible for aggregation in order to identify valid targets to direct therapies and to prevent this process.

The mutation carried by those affected by Kennedy’s disease causes a repeated and excessively long chain of a specific amino acid, namely glutamine, which impairs the activity of the androgen receptor. This protein, which activates the hormone testosterone, is responsible for triggering the genetic programme that favours the differential characteristics of men.

During adolescence, and depending on the extent to which they are affected, boys with the mutation do not fully develop the male phenotype, but this is often not diagnosed. In a second stage, in adulthood, muscle degeneration begins.

Thanks to access to one of the main Nuclear Magnetic Resonance facilities in Europe, located at the University of Florence, for the first time the scientists have studied the protein in a test tube. They have observed that right next to the glutamine chain there is a region comprised by four leucine residues that allay the effects of the mutation.

The leucine molecules favour the folding of the polyglutamine chain into a helix, a structure that prevents the chains from adhering to one another. However, the impact of the leucine molecule on the glutamine region is limited, and if there are many glutamine amino acids, the chains do not fold. Instead, they stretch out like rods, stick to each other, and end up forming a fibrous wall.

“We have seen that four leucine molecules delay this process. What would happen in the presence of six?” asks Salvatella. “Conceptually speaking, one clever way of delaying the aggregation could be to use drugs to strengthen the effect of the leucine residues that have so much influence on the mutation site that causes the protein to aggregate.”