According to a study, genetic research in large-scale prospective biobank studies can significantly improve the drug development pipeline and reduce costs… 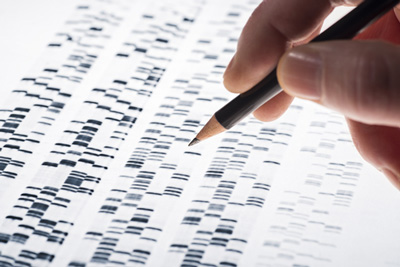 According to a new study, genetic research in large-scale prospective biobank studies can significantly improve the drug development pipeline and reduce costs.

The route from basic biology to large-scale randomised trials in humans is long and expensive – estimated at over $1.2 billion to get one product to market. In part, that cost is because the route to a successful drug is littered with those that have fallen by the wayside at various points during development. However, a study of one such unsuccessful drug has pointed to a way that could reduce costs.

Lipoprotein associated phospholipase A2 (Lp-PLA2) circulates with cholesterol in the blood and high levels are associated with increased risk of cardiovascular disease, so inhibiting Lp-PLA2 might be beneficial.  Darapladib, an inhibitor of Lp-PLA2, was developed by Human Genome Sciences which GlaxoSmithKline (GSK) bought for US$ 3 billion in 2012. But two large Phase III trials of darapladib funded by GSK were disappointing failures. The investment in the Lp-PLA2 inhibitor did not pay off because the biological pathway turned out to be one that caused cardiovascular disease.

Researchers at the University of Oxford and the Chinese Academy of Medical Sciences joined forces with GSK to explore whether this disappointing result could have been predicted by using a genetic variant that mimics the drug effect. People with a non-functioning variant have lower levels of Lp-PLA2 so the idea is to see if these people have a lower risk of cardiovascular disease than those with functioning variants. In a study of over 90,000 participants in the prospective China Kadoorie Biobank (CKB) study, the association between this genetic variant and a range of cardiovascular and non-cardiovascular diseases was explored. This method is termed “Mendelian randomisation” because it relies on the way the play of chance determines the genetic variants inherited at conception, and allows nature to mimic randomised controlled trials.

The researchers found that people with a non-functioning genetic variant were not at lower risk of developing cardiovascular (and other non-cardiovascular) diseases. Compared with the many steps in the traditional pathway to drug development (at a cost of several billion dollars) the availability of large scale biobanks make the cost of carrying out Mendelian randomisation analyses trivial. This methodology is likely to be much more widely used to examine the causal nature of biological pathways involved in diseases before mounting large-scale trials in the future.

Dr Iona Millwood, from the University of Oxford, commented on the study: “Our research used a genetic variant only found in East Asians, and demonstrates the value of prospective biobank studies with genetic data linked to health records, carried out in different global populations, to predict the potential benefits or harms of new drug targets.”

The study showed that genetics has a huge potential to improve the drug development pipeline and close collaborations between the pharmaceutical industry and academic researchers are likely to play an important role in future drug discovery and development, capitalising on the large prospective biobank studies already established.