Unravelling the mechanism of excess brain growth in autism 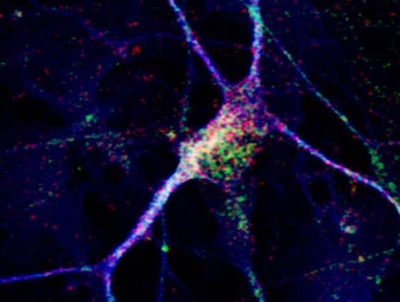 The brains of some people with autism spectrum disorder grow faster than usual early on in life, often before diagnosis.

A new study has employed a cutting-edge stem cell technique to unravel the mechanisms driving this mysterious phenomenon.

The findings show that it is possible to use stem cell reprogramming technologies to model the earliest stages of complex disorders. It also shows the technique can be used to evaluate potential therapies.

The team, co-led by Salk Institute scientists, found that stem cell-derived neurons made fewer connections in the dish. Furthermore, the scientists were able to restore communication between the cells by adding IGF-1.

“This technology allows us to generate views of neuron development that have historically been intractable,” says Rusty Gage. “We’re excited by the possibility of using stem cell methods to unravel the biology of autism and to possibly screen for new drug treatments for this debilitating disorder.”

Rusty Gage is a professor in Salk’s Laboratory of Genetics.

In 2010, Gage and colleagues showed they could recreate features of Rett syndrome – a disorder that shares features of autism – in a petri dish.

They did so by taking skin cells from patients. They then added chemicals that instructed those cells to form induced pluripotent stem cells (iPSCs). After that, they coaxed their new stem cells into neurons.

“In that study, induced pluripotent stem cells gave us a window into the birth of a neuron that we would not otherwise have,” says Carol Marchetto of Salk’s Laboratory of Genetics. “Seeing features of Rett syndrome in a dish gave us the confidence to next study classical autism.”

In the new study, Gage’s team created stem cells from a subset of people with autism whose brains had grown up to 23 percent faster than usual. The neuron precursor cells derived from the patients multiplied faster than those of typically developing individuals. The finding supports a theory that brain enlargement is caused by disruptions to the cell’s normal cycle of division. In addition, the stem cell-derived neurons of individuals with autism behaved abnormally. They burst with activity less often compared with those cells of healthy people.

Those neurons’ activity seemed to improve by adding IGF-1, which is known to enhance the connections between neurons. The group plans to use the patient cells to investigate the molecular mechanisms behind IGF-1’s effects.