The loss of CHD1, one of the most mutated genes in prostate tumours, sensitises human prostate cancer cells to different drugs, a biomarker for… 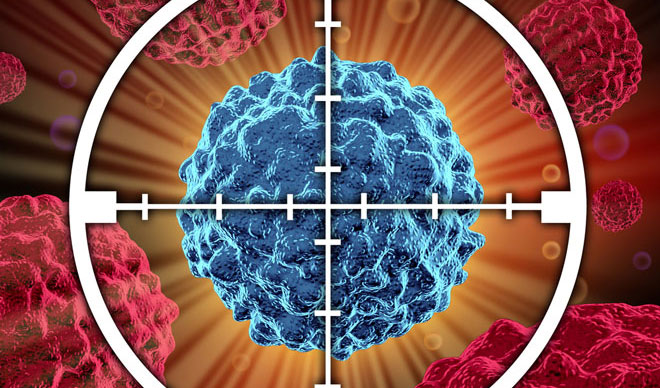 The loss of CHD1, one of the most frequently mutated genes in prostate tumours, sensitises human prostate cancer cells to different drugs, including PARP inhibitors. This suggests CHD1 as a potential biomarker for targeted prostate cancer therapy.

A team of researchers in Germany and Denmark led by Steven Johnsen, Professor at the University Medical Center Göttingen, used human prostate cancer cell lines and depleted them of the DNA-binding protein CHD1.

The CHD1 gene is mutated in 15% – 27% of all prostate tumours, and such mutations correlate with chromosomal instability and poor prognosis for prostate cancer patients. The researchers could demonstrate that CHD1-depleted cells have defects in homologous recombination (HR), an important mechanism for repairing breaks in the DNA molecule.

The data indicate that CHD1’s normal function is the loosening of DNA around break sites in order to facilitate the access of HR repair proteins. Importantly, like cancer cells with other mutations in the HR repair pathway, CHD1-depleted prostate cancer cells proved to be hypersensitive to chemotherapeutic drugs causing DNA breaks, such as Mitomycin C, Irinotecan and PARP inhibitors.

“I am very excited about the translational potential of the study, and we are getting into contact with pharmaceutical companies to try to translate these findings into clinical development,” Johnsen says.

In particular, it has been shown that cells with other HR repair pathway defects, such as BRCA mutations frequently found in breast and ovarian cancer, are sensitive to inhibition of the enzyme PARP, and the PARP inhibitor Olaparib has been approved for treatment of BRCA-mutated ovarian cancers.

“A retrospective analysis of the CHD1 gene in these samples may reveal the potential utility of CHD1 as a biomarker for improved prostate cancer patient stratification and targeted therapy with PARP inhibitors,” notes Johnsen.