Cells behave differently when removed from their environments, just as cells that develop in cultures do not behave like cells in living creatures. 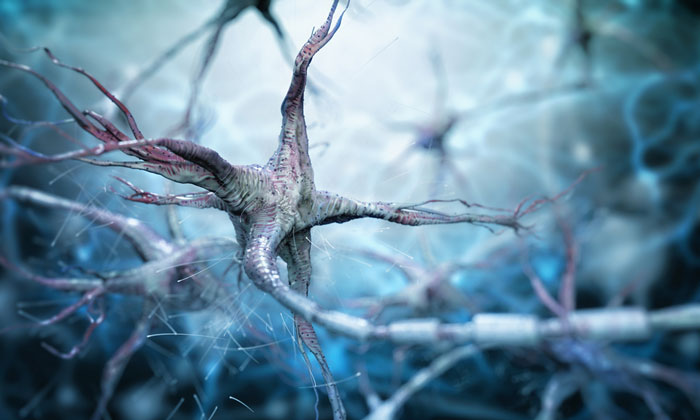 To study the effects of Alzheimer’s disease in a more natural environment, scientists from the lab of Professor Bart De Strooper (VIB-KU Leuven, Dementia Research Institute-UK) in collaboration with scientists from ULB (Professors Pierre Vanderhaeghen and Jean-Pierre Brion) successfully circumscribed this challenge by transplanting human neural cells into mouse brains containing amyloid plaques, one of the hallmarks of Alzheimer’s disease.

The results of their research showed that, unlike mouse neurons, human neurons that developed in this environment were extremely susceptible to Alzheimer’s disease.

The study of the development of Alzheimer’s disease on a molecular level presents unique challenges, as neurons behave differently in vivo vs in vitro. Using mice as models presents useful insights, but mouse models never fully develop the disease, despite the fact that their brains and neurons share many similarities with those of humans.

A team of researchers has now transplanted human neurons into mouse brains which mimic some of the hallmarks of Alzheimer’s disease, including the presence of amyloid plaques. They found that, compared to mouse neurons, human neurons were much more sensitive to amyloid plaque pathology.

This novel model allows for a better characterisation of the disease processes that actually take place in the brain of human patients.

Much of the work was performed in close cooperation with Professor Pierre Vanderhaeghen (ULB-WELBIO, VIB-KULeuven), whose lab previously pioneered the technology to differentiate human pluripotent stem cells into neural cells in vitro, and then transplant them in the mouse brain, generating a human/mouse chimera.

Professor Bart De Strooper (VIB-KU Leuven, Dementia Research Institute-UK), “We relied heavily on the insights and expertise of Pierre Vanderhaeghen and his lab to set up this new AD model.”

“With this novel experimental technique, we can study how different cell types in the human brain respond to the Alzheimer pathology, hopefully unravelling the link between amyloid and tau protein pathology – which leads to neuron death and is the holy grail of current Alzheimer’s research.”

Professor Pierre Vanderhaeghen (ULB-WELBIO and VIB), “While many features of the brain are conserved between different species such as humans and mice, the human brain displays a number of characteristics, which make us what we are, as a species and as individuals. However, studying this human-specific part remains a big challenge in neuroscience. This study is exciting because it constitutes a first proof of principle that stem cell-based models of transplanted human neurons can be applied to study an important neurological disease.”

Moving forward, Professor De Strooper and his team are already planning a screen to identify human genes that protect against cell death associated with Alzheimer’s disease.

Professor Bart De Strooper (VIB-KU Leuven, Dementia Research Institute-UK), “Now that we are able to investigate the disease by observing human cells directly, we can make progress in this field of research at a considerably faster pace.

“The eventual end goal of the screening is to identify new drug targets within human cells themselves, something that was never possible before.”

A breakthrough in research is not the same as a breakthrough in medicine. The realizations of VIB researchers can form the basis of new therapies, but the development path still takes years. This can raise a lot of questions. For any questions about the research please email: [email protected] Everyone can submit questions concerning this and other medically-oriented research directly to VIB via this address.