The results will move development closer to a potential future in which it will be possible to help patients by giving them new body parts through 3D bioprinting.

“This is the first time anyone has printed human-derived cartilage cells, implanted them in an animal model and induced them to grow,” says Paul Gatenholm, professor of biopolymer technology at Chalmers University of Technology.

Professor Gatenholm leads the research team working with the new biomaterial based on nanocellulose at the Wallenberg Wood Science Center. He has been working with Lars Kölby, senior lecturer at Sahlgrenska Academy at University of Gothenburg and specialist consultant with the Department of Plastic Surgery at Sahlgrenska University Hospital.

The researchers printed a hydrogel of nanocellulose mixed with human-derived cartilage cells – a so called construct. They used a 3D bioprinter manufactured by Cellink, a Gothenburg-based startup firm whose bio-ink is a result of research by Paul Gatenholm. Immediately after printing, the construct was implanted in mice. 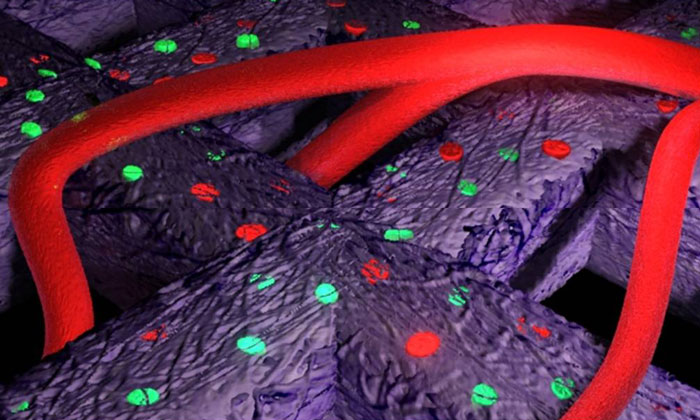 The illustration shows the formation of blood vessels, i.e., vascularisation, in the bioprinted material implanted in an animal model. Illustration: Philip Krantz

The researchers can report three positive results of the animal study:

“What we see after 60 days is something that begins to resemble cartilage. It is white and the human cartilage cells are alive and producing what they are supposed to. We have also been able to stimulate the cartilage cells by adding stem cells, which clearly promoted further cell division,” says Lars Kölby.

“We now have proof that the 3D printed hydrogel with cells can be implanted. It grows in mice and, in addition, blood vessels have formed in it,” says Paul Gatenholm.

Collaboration has been a key component and critical to the success of the project. Scientists in two different disciplines have successfully crossed academic lines to find a common goal where they could combine their skills in a fruitful way. 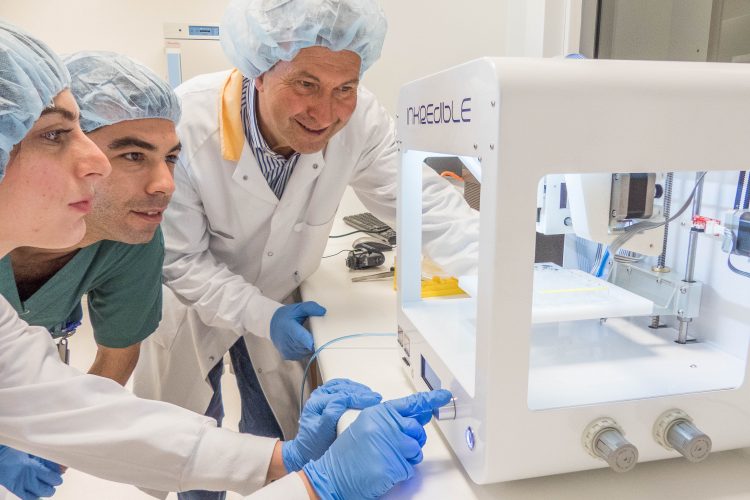 “Often, it is like this: we clinicians work with problems and researchers work with solutions. If we can come together, there is a chance of actually solving some of the problems we are wrestling with – and in this way, patients benefit from the research,” says Lars Kölby.

Paul Gatenholm is careful to point out that the results he and Lars Kölby’s team are now able to report do not involve any short cut to bioprinted organs.

“With what we have done, the research has taken a step forward towards someday, we hope, being able to bioprint cells that become body parts for patients. This is how you have to work when it comes to this kind of pioneering activity: one small step at a time. Our results are not a revolution – but they are a gratifying part of an evolution!”