Antiparasitic drug could be new treatment for brain tumours

New findings could help to extend the lives of patients suffering from one of the most common types of brain tumours – low-grade glioma. 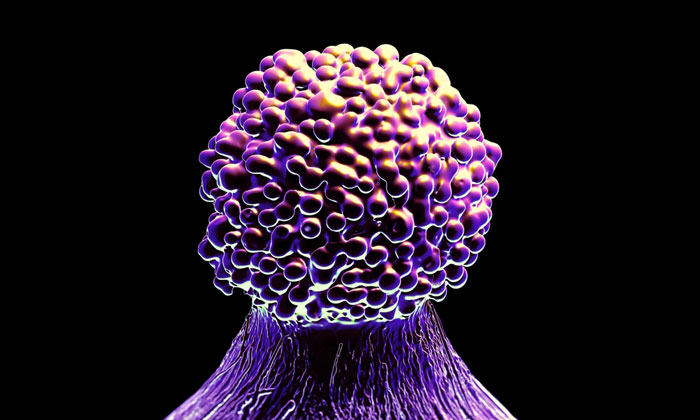 Marc Symons, PhD, professor in The Feinstein Institute for Medical Research‘s Karches Center for Oncology Research, is examining if a common medication administered to treat pinworms, could replace the current treatment used for certain brain cancers.

Low-grade glioma is a tumour that originates from cells that support and protect the brain’s nervous system. Treatments for these tumours include surgery, radiotherapy and chemotherapy. Brain tumour chemotherapy is challenging as most drugs cannot penetrate the blood-brain barrier, a natural defense mechanism that prevents substances in the bloodstream from getting into the brain. For example, vincristine is a drug that is routinely used as part of different drug cocktails for the treatment of brain tumours, even though it is rather toxic and very poorly crosses the blood-brain barrier.

Dr Symons and colleagues examined mebendazole, a medication that is used to treat parasitic pinworms and that in previous studies had been found to be effective in the treatment of glioma tumours. By studying how mebendazole kills isolated tumour cells in the laboratory, they showed that it works in exactly the same way as vincristine. They also found however, that while mebendazole effectively slowed down the growth of glioma tumours, vincristine did not work at all.

“We were rather surprised to see that vincristine, which is currently used to treat a range of different brain tumours, was totally ineffective in our in vivo glioma model,” said Dr Symons.

“In contrast, in the same model, mebendazole performed quite well, most likely because mebendazole crosses the blood-brain barrier and reaches the tumour much better than vincristine. The reason that vincristine may be erroneously believed to be effective for the treatment of brain tumours is that it always has been used in combination with other treatments.”

Based on the new results, and due to the fact that vincristine often has severe side effects in comparison to relatively mild reactions to mebendzole, Dr Symons and his team are now strongly motivated to initiate clinical trials to test whether vincristine can be exchanged by mebendazole in the treatment of brain tumours.

“Sometimes innovation can be looking at an existing treatment in a new light,” said Kevin Tracey, MD, president and CEO of the Feinstein Institute.

“This new approach needs to be tested in clinical trials, but with Dr Symons’ new findings we may be closer to a new treatment option that could prolong the lives of the patients suffering from low-grade glioma and other brain tumours.”

The Feinstein Institute for Medical Research