Viruses are notorious for taking over their host’s operations and using them to their own advantage. But few human viruses make themselves quite as cozy as the Epstein-Barr virus, which can be found in an estimated 9/10 humans without causing any ill effects. That is, until this virus causes mononucleosis in adolescents or various cancers of the lymph nodes, including Hodgkin’s and non-Hodgkin’s lymphomas, in immune compromised people. 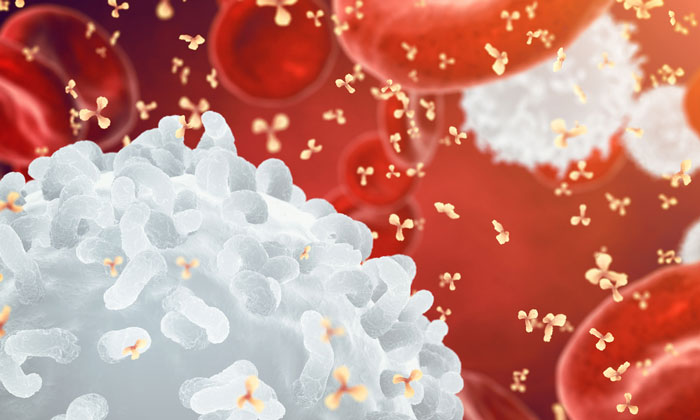 A team of researchers from Duke’s School of Medicine details just how the Epstein-Barr virus manages to persist so well inside the immune system’s B cells, a type of white blood cell that is normally responsible for recognising and responding to foreign invaders.

“The challenge is that it’s a really efficient pathogen,” and evades the host’s immune system well even when it’s recognised as an invader,”

said Micah Luftig, an associate professor of molecular genetics and microbiology and investigator on the new study.

Luftig’s team has found that with a few select chemical signals used early in the course of an infection, Epstein-Barr mimics the beginning of the B cell’s normal response to an infectious agent. From within, the virus manages to ramp up the B-cell’s reproduction of itself, while at the same time helping the cell resist its own self-destruct signals.

“The virus actually taps into the B cell’s normal protection against apoptosis,” the programmed cell death that takes B cells out of circulation, Luftig said.

Once the infection is established, Epstein-Barr prefers to hide out in what are known as “memory B cells,” relatively slowly reproducing cells that circulate throughout the body. “All of this is about establishing latency,” Luftig said, or the ability to hide quietly in plain sight.

Using a new technique developed elsewhere called BH3 profiling that allowed them to test the critical cellular pro- and anti-apoptosis proteins individually, the team was able to see which of these the virus was controlling and then watch the transition from an uninfected cell to the active early infection phase to the latent infection in an immortal cell. The key piece they’ve uncovered is a viral protein called EBNA3A which manages apoptosis resistance in infected B cells.

The risk for cancers “is largely an issue if you’re immune suppressed,” Luftig said. But, for example, a recent National Cancer Institute study found that children who receive organ transplants have a 200-times higher chance of getting Non-Hodgkin’s Lymphoma, one of the cancers caused by Epstein-Barr.

The team thinks BH3 profiling could prove useful in guiding treatment decisions on Epstein-Barr associated cancers such as these.