Researchers find key molecule that could lead to new therapies for anaemia and other iron disorders. 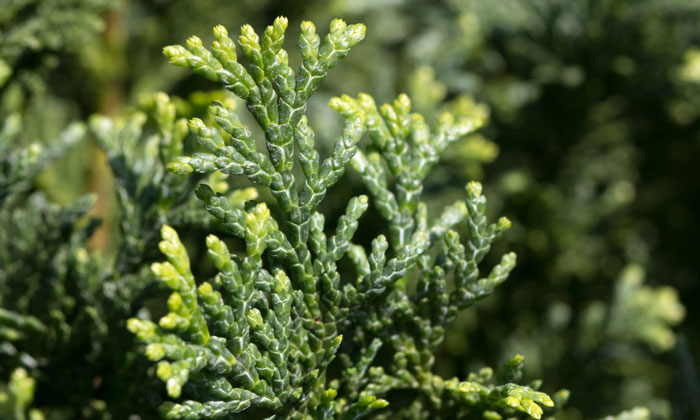 “Without iron, life itself wouldn’t be feasible,” says Barry Paw, MD, PhD. “Iron transport is very important because of the role it plays in oxygen transport in blood, key metabolic processes and DNA replication.”

New findings by a multi-institutional team, including researchers from University of Illinois, Dana-Farber/Boston Children’s Cancer and Blood Disorders Center, Brigham and Women’s Hospital and Northeastern University, could impact a whole slew of iron disorders, ranging from iron-deficiency anaemia to iron-overload liver disease.

The team has discovered a small molecule found naturally in Japanese cypress tree leaves, hinokitiol, can bypass iron disorders in animals. Paw, co-senior author on the new Science paper and physician at Dana-Farber/Boston Children’s, and members of his lab demonstrated that hinokitiol can successfully reverse iron deficiency and iron overload in zebrafish disease models.

As a result, hinokitiol has big therapeutic potential.

Iron regulation is essential to health

Although iron is crucial to many aspects of health, it can’t transport itself without the help of the body’s iron-transporting proteins. Many human diseases of iron deficiency or overload result from hereditary or acquired loss of the protein function that is responsible ferrying iron across cellular membranes, subcellular compartments and mitochondrial membranes.

“Like most things in life, too much or too little of a good thing is bad for you; the body seeks homeostasis and balance,” says Paw.

“Amazingly, we observed in zebrafish that hinokitiol can bind and transport iron inside or out of cell membranes to where it is needed most.”

For example, iron is a necessary co-factor in the body’s production of hemoglobin, a protein that carries oxygen in the blood of vertebrates. But if iron-transporting proteins are absent, iron can’t get across cell membranes and inside the cells’ mitochondria, blocking an essential step of hemoglobin production.

“Red blood cells are the number one type of tissue in the body that need iron, so if iron-transporting proteins are missing, anaemia can result,” says Paw. “Iron-deficiency anaemia is the most common nutritional problem in the world.”

On the flip side, it’s not good if too much iron builds up inside cells either. Iron overload can cause tissue damage, DNA damage and life-threatening organ dysfunction across the heart, liver and pancreas. This can be caused by a hereditary lack of iron-transporting proteins or from receiving frequent blood transfusions, which are often necessary over the course of treatment for many different medical conditions.

Burke’s team initially found that hinokitiol could transport iron across cell membranes in vitro before reaching out to Paw and other collaborators to test its efficacy in animal models.

Paw and collaborators observed that hinokitiol molecules can bind to iron atoms and move them across cell membranes and into/out of mitochondria, despite an absence of the native proteins that would usually carry out these functions.

“If there is a genetic error, cell membranes won’t open for iron to come across,” says Paw. “But when you administer hinokitiol, it combines with iron and ferries it into, within or out of the cells and mitochondria where iron is needed.

“Therefore, it’s a very interesting small molecule that has a lot of therapeutic potential!” Paw concludes.

The National Institutes of Health and the Howard Hughes Medical Institute supported this work.