A method to more accurately test anti-cancer drugs has now been developed at the Sahlgrenska Academy, University of Gothenburg. 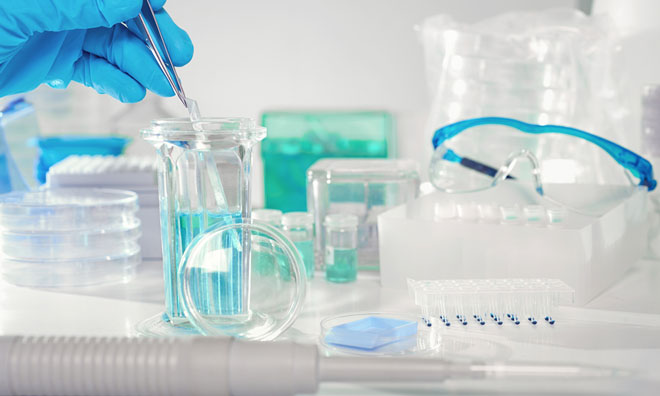 A method to more accurately test anti-cancer drugs has now been developed at the Sahlgrenska Academy, University of Gothenburg. The method paves the way for much earlier assessment of who benefits from a specific drug and who does not.

“It is common for cancer patients to be prescribed drugs that fail to help them, often with side effects. But, we have shown that this method can be used as early as in the drug development phase to determine which patient groups will benefit from the drug,” says Berglind Osk Einarsdottir, a researcher at Sahlgrenska Cancer Center.

The method for identifying whether cancer patients will benefit from a specific treatment is based on taking biopsies of the tumours during surgery – small tissue samples that are processed and implanted under the skin of a number of mice.

In her research, Berglind Osk Einarsdottir follows the tumours growth in the animal models, and tests how they respond to different cancer drugs. The experiments take anywhere from a few weeks to few months, depending on the growth rate of the tumours.

“This is not a method that is currently used in Swedish healthcare, but we chose to perform experiments to show that it works and can be used in the future if needed,” says Berglind Osk Einarsdottir.

She feels the potential really lies in the reverse application, where the same drug is tested on mice implanted with tumour tissue from many different patients. One of her substudies involves this very notion, namely how 33 patients responded to the anticancer agent Karonudib, which was recently developed at Karolinska Institutet.

The experiments showed that two-thirds of the patient samples responded to the treatment. The question was, what did they have in common – similar DNA, metabolism, protein expression or something else? Such knowledge would make it possible to better predict in which patients a drug will really inhibit tumour growth and help kill cancer cells.

“It turned out that it didn’t matter what mutations were found in the tissues. What we did see was a possible way that the tumours could become resistant to the treatment. Some samples had a high expression of a protein that helps the cells repel the drug, and that was what we found – a potential mechanism for resistance.”