Researchers have determined that a specific region of the duodenal-jejunal flexure, shows a high frequency of gastrointestinal stromal tumours with mutations of the NF1 gene… 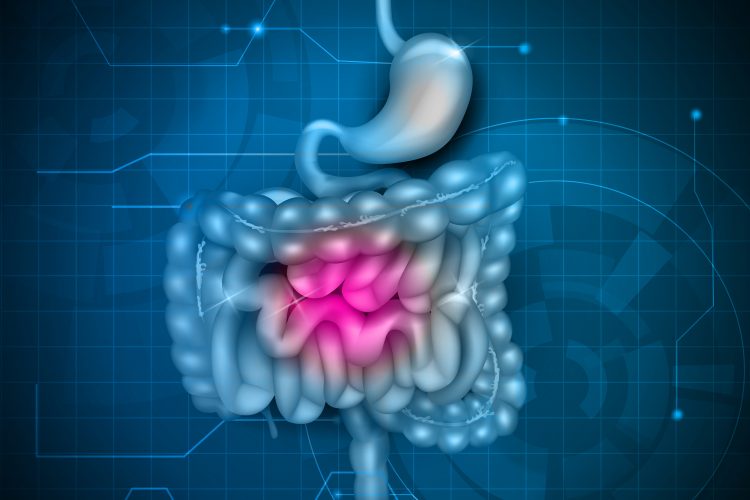 Researchers have determined that a specific region of the small bowel, called the duodenal-jejunal flexure (DJF), shows a high frequency of gastrointestinal stromal tumours (GISTs) with mutations of the NF1 gene.

“Where the duodenum transitions into the jejunum, we are finding an over-representation of NF1-mutated GIST,” said Dr Jason Sicklick, surgical oncologist at Moores Cancer Centre.

NF1 can be mutated both somatically or in the germline. Patients with NF-1 are 34 times more likely to develop GIST than unaffected individuals.

“Genomic testing for some of these patients revealed occult germline NF1 mutations with no other obvious clinical symptoms of NF-1,” said Dr Sicklick. “Anyone with a GIST should undergo tumour genetic testing.

Currently only 8 to 15 percent of patients get tested. For those patients with NF1 mutations, there are implications for family members of patients who test positive for hereditary NF-1, as they also may be at increased risk of developing cancers, including GIST.”

According to the National Institutes of Health, NF-1 is a condition characterised by changes in skin colouring and the growth of tumours along nerves in the skin, brain and other parts of the body, such as the GI tract. The signs and symptoms of this condition vary widely among affected persons. NF-1 occurs in one in 3,000 to 4,000 individuals worldwide.

GIST represents the most common type of sarcoma in the GI tract, with an annual incidence of 6.8 cases per million people in the United States. These tumours start in special cells in the wall of the GI tract, called the interstitial cells of Cajal (ICCs). ICCs are sometimes dubbed the “pacemakers” of the GI tract because they signal the muscles in the digestive system to contract through peristalsis, moving food and liquid through the system.

Dr Sicklick and colleagues at Moores Cancer Centre are searching for a personalised approach to GIST tumours that become progressively resistant to treatment. Ultimately, more than 95 percent of patients with drug-resistant GIST succumb to their cancer, highlighting the necessity for alternative therapeutic targets.

“Patients with GIST should have their tumours profiled with next-generation sequencing panels,” said first author Dr Adam Burgoyne, medical oncologist at Moores Cancer Centre. “We are uncovering a subset of patients, including patients with mutations of KIT, who have downstream mutations that may render them insensitive to conventional targeted therapy.”

Recent GIST research has also identified new gene fusions and mutations associated with subsets of GIST patients. Dr Sicklick and his research team have also provided the first evidence that the Hedgehog signalling pathway is central to the formation of GIST, which are frequently driven by the KIT oncogene. Results of the study were published in JCO Precision Oncology.