Researchers have deduced how an alternative form of RNA encourages tumours to spread. 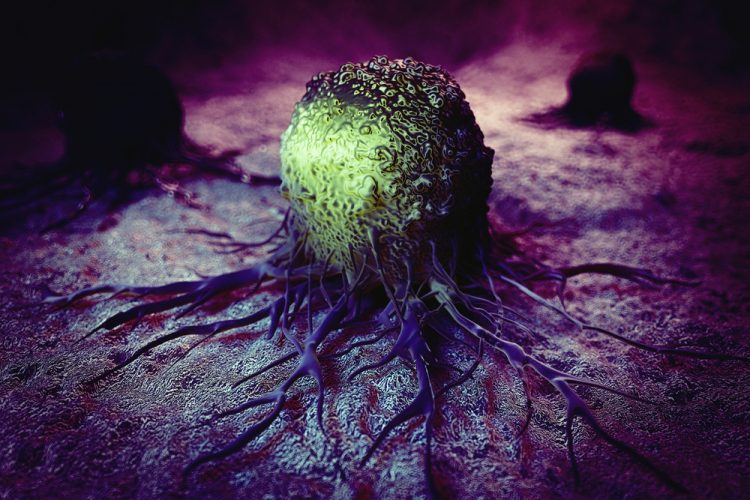 Researchers have deduced for the first time how an alternative form of RNA that does not encode a protein is generated and encourages tumours to spread.

The mechanism may explain why certain breast and lung cancers grow and spread. The non-coding RNA soaks up a microRNA that prevents epithelial-to-mesenchymal transition, one of the key features of tumour development. It is another class, called long non-coding RNAs (lncRNA), that are of interest.

Researchers have found that a pre-RNA for a protein called PNUTS can be alternatively spliced to form a lncRNA that contributes to cancer progression.

The PNUTS lncRNA does not encode a protein, but rather soaks up like a sponge a certain microRNA that is usually tasked with preventing epithelial-to-mesenchymal transition, which is a key feature of tumour growth and metastasis.

Dr Philip H. Howe, Chair of the Department of Biochemistry & Molecular Biology, and the Hans and Helen Koebig Endowed Chair in Oncology at the MUSC Hollings Cancer, connected a number of dots to explain how this happens. First, they found that breast cancer cells contained more PNUTS lncRNA than normal breast epithelial cells — a good initial sign that the non-coding RNA was associated with cancer development. Those cells were also more mesenchymal, meaning that they were more likely to form tumours.

They next examined a ribonucleoprotein called hnRNP E1, which binds to pre-RNA and suppresses alternative splicing. Importantly, they knew that TGF-beta, which is released in large amounts by tumour cells, could prevent its binding, potentially allowing alternate forms to be made.

Yet the group wanted to confirm exactly how PNUTS lncRNA could encourage tumor formation. Additional computer simulations predicted that, based on its sequence, there were seven potential locations on the PNUTS lncRNA for microRNA-205 to bind. This microRNA binds and destroys a transcriptional regulator called ZEB1 that encourages cells to un-stick from one another and spread — a major step that allows epithelial-to-mesenchymal transition to occur.

As predicted, without those potential binding locations, the lncRNA and the microRNA were unable to bind together. This helped cells stick together and spread less, even with TGF-beta added to push them to spread.

It appeared that PNUTS lncRNA was soaking up microRNA-205, which freed up ZEB1 to encourage cells to act more like tumors. To be sure that this was true, the group stuck fluorescent molecules to ZEB1 to track it and found that more of it was present when there were more PNUTS lncRNA.

As expected, preclinical models revealed that breast and lung tumors grew faster and larger when their cells contained more PNUTS lncRNA. By connecting all of the dots, Dr Howe’s group had shown that one gene can make either a protein-coding RNA or a long non-coding RNA. With TGF-beta, the lncRNA soaked up microRNA-205 like a sponge, freeing up ZEB to drive epithelial-to-mesenchymal transition, a critical event in the development and spread of cancer.

This is the first study to show exactly how TGF-beta drives cancer through formation of a long non-coding RNA. Dr Howe and his team are conducting experiments to find other such long non-coding RNAs that follow this same mechanism in cancer, with the goal of developing therapies to target them.

“My prediction is that this mechanism didn’t evolve to make just one long non-coding RNA,” said Dr Howe. “There are probably others that are generated in this same fashion.”