How receptors for medicines work inside cells

G protein-coupled receptors are the key target of a large number of drugs, scientists have now been able to show more precisely how these receptors act in the cell interior… 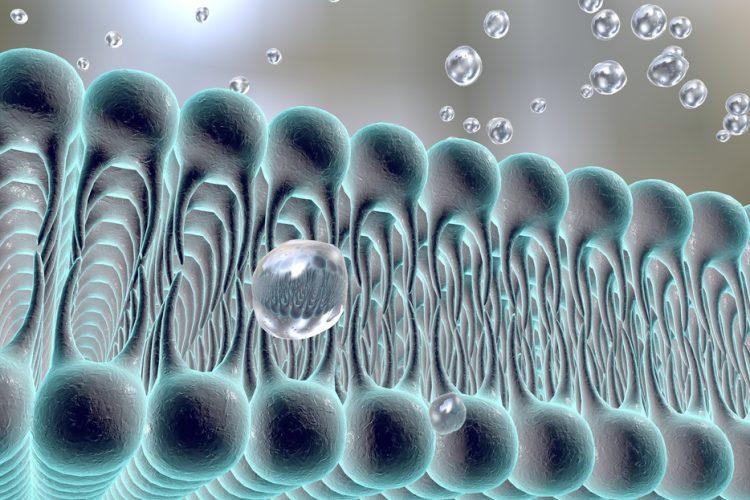 For a long time, scientists were convinced that G protein-coupled receptors (GPCRs) sit at the cell surface and only from there influence the activity of the cell via activation of various intracellular signalling cascades.

This belief has been shaken by a series of recent studies. Researchers led by Professor Davide Calebiro of the Institute of Pharmacology and Toxicology and the Bio-Imaging Center of the University of Würzburg have now provided important support to this theory.

G-protein-coupled receptors sit at the cell membrane waiting for a hormone or neurotransmitter to bind and thereby activate them. The signal is then transmitted inside the cell, mainly through the production of an intracellular second messenger such as cyclic adenosine monophosphate (short cAMP).

This second messenger, in turn, is involved in the regulation of a large number of cell functions, such as gene transcription and cell division.

G-protein-coupled receptors sit at the cell membrane waiting for a hormone or neurotransmitter to bind and thereby activate them. The signal is then transmitted inside the cell, mainly through the production of an intracellular second messenger such as cyclic adenosine monophosphate (short cAMP). This second messenger, in turn, is involved in the regulation of a large number of cell functions, such as gene transcription and cell division.

Receptors are also active in the cell interior

“The first indication that GPCRs also initiate the production of cAMP in the cell interior came from two studies of typical protein hormone receptors,” said Prof Calebiro. He and his team were responsible for one of these studies; they had investigated a receptor important for the production of thyroid hormones – the so-called thyroid-stimulating hormone (TSH) receptor. “Those studies independently showed that GPCRs are able to induce a second, persistent phase of cAMP production in the cell interior,” said Prof Calebiro. In fact, this phenomenon was shown to be “biologically relevant”. However, the exact mechanism was largely unknown.

With their latest study, the have succeeded in deciphering what is happening in the cell interior. As a major player, they identified the trans-Golgi network (TGN), a network of tubules and vesicles associated with the Golgi complex.

This is the cell compartment where newly synthesised proteins are sorted into different transport vesicles that carry them to their final subcellular locations.

“Our new data show that the TGN is an important intracellular platform for the activity of G protein-coupled receptors,” said Prof Calebiro. According to the scientists, their study reveals a new mechanism that explains the effects of GPCR signalling in the cell interior.

The mechanism of GPCR signalling in the cell interior

The newly described mechanism of GPCR signalling inside thyroid cells can be recapitulated as follows: upon TSH binding, TSH receptors are taken up by the cells and transported to the trans-Golgi network. There, the receptors induce the production of cAMP and activate another enzyme – protein kinase A. Since these events happen in close proximity to the nucleus, where the genetic information of the cell is stored, they modify gene transcription.

“This study represents a significant step forward”, affirms Prof Calebiro with confidence, as it presents a new model capable of explaining how GPCRs function inside our cells. These new results could “lead to the development of innovative drugs for a variety of human diseases that specifically target the uptake of receptors or their function in the TGN”.

Bio-Imaging Center, Institute of Pharmacology and Toxicology, University of Würzburg