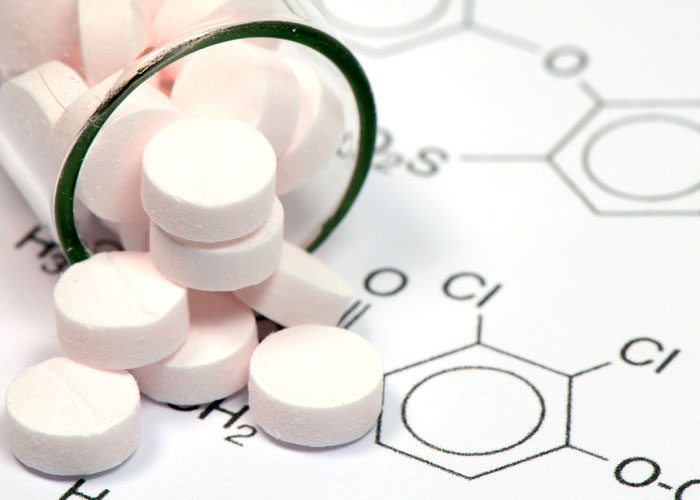 Researchers have developed a technique to produce synthetic steroids that could pave the way for a cascade of new drug discoveries.  The process facilitates access to rare, mirror-image isomers of naturally occurring steroid structures.

The technique, based on a series of new chemical reactions, significantly reduces the expense and time needed to develop therapeutics from a pharmaceutically privileged yet underexplored collection of molecules.

“This is a fundamentally new molecular strategy for steroid construction,” said Glenn Micalizio, the New Hampshire Professor of Chemistry at Dartmouth. “This technology allows the preparation of either mirror-image isomer with equal ease, but with unprecedented efficiency.”

The core molecular structure of steroids is a proven backbone in drug development. More than 100 different steroid molecules are approved by the U.S. Food and Drug Administration as therapeutics for a wide range of symptoms and diseases including inflammation and pain, cancer and bacterial infection.

Steroidal therapeutics arguably make up the most successful class of medicine inspired by a natural product. All known drugs in this class share a common structure comprised of only one of two possible mirror-image skeletons – known as enantiomers.

Such agents are typically available from chemical transformations of natural and readily available steroids.

According to researchers, molecules based on the unnatural mirror-image isomer of steroids form the foundation of a vast collection of underexplored potential medicines. While these compounds share the basic drug-like physical properties of the natural class, they boast complementary 3-D structures with broad potential in the clinic.

“With this advancement, we now have the opportunity to investigate fertile regions of chemical space for the identification of untold numbers of unique, medicinally relevant agents,” said Dr Micalizio.

The process developed in the Micalizio Laboratory at Dartmouth produces steroidal structures of either enantiomer with what researchers describe as unprecedented efficiency. Using inexpensive and abundant starting materials, the new class of synthetics can be produced in as few as five chemical steps.

The advance is based on a chemical reaction discovered in 2014 by Dr Micalizio that forges half of the steroid structure. The breakthrough was made possible by inventing a simple procedure to advance these intermediates to steroid structures of either mirror image series.

While chemical synthesis has previously been described as a route to unnatural enantiomers of steroids, the process pioneered at Dartmouth allows scientists to more easily investigate their medicinal properties.

Importantly, the time and cost of preparing collections of new compounds in this class – a requirement of most modern drug discovery efforts – has been drastically reduced.

“This is by far the most concise and flexible route to make a wide variety of novel steroids,” said Dr Micalizio.

To show the value of the technology in biomedical science, the research team demonstrated that one of the molecules prepared in their initial study has potent and selective growth inhibitory properties against three different human cancer cell lines.

“We’re not just saying these things have potential,” said Dr Micalizio, “here is one example from the relatively small number of compounds that we produced that proves their potential value as anti-cancer agents.”

Since synthetic mirror image isomers are not readily available from natural sources, the pursuit of this class of drugs and their clinical value is dependent on the efficiency with which organic chemists can prepare them.

“The science of synthetic organic chemistry is an essential component of drug discovery, and advances in this field are directly responsible for our recent discovery,” said Dr Micalizio.

“Without the ability to create new collections of molecules, it is difficult to pursue many potentially exciting new directions in drug discovery. As such, advances in chemical synthesis, like this one, can have profound and rippling effects on biomedical science,” Dr Micalizio added.

Building on the challenge to invent chemistry that fuels discovery in biomedical science, Dr Micalizio’s lab hopes to develop a new technology platform to explore unnatural isomers of steroids for the development of therapeutics.