Predatory bacteria may be a potentially safe alternative to antibiotics 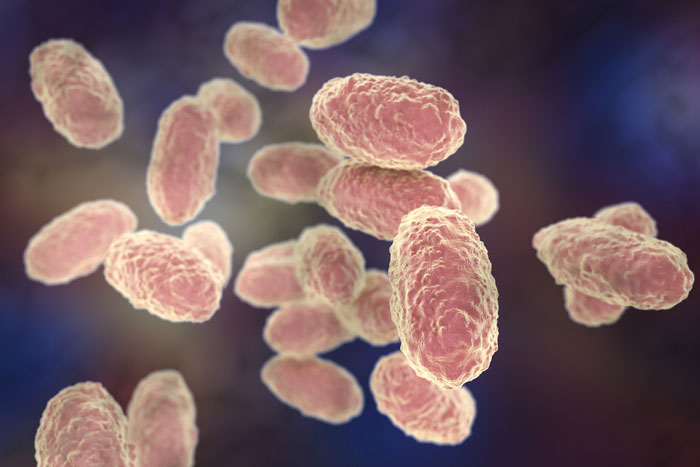 Researchers have taken the first steps toward genetic manipulation of one such tiny cannibal, B. bacteriovorus, they have identified tools that may allow for the manipulation of genes that influence this bacteria’s predatory behaviour.

For their study, the researchers at Okinawa Institute of Science and Technology Graduate University (OIST) inserted a riboswitch into one of the genes believed to be important to B. bacteriovorus’s predatory behaviour: flagellar sigma factor fliA. They then activated it with the chemical theophylline. After placing the modified bacteria in petri dishes together with some delicious E. coli prey, the modified B. bacteriovorus seemed to multiply more quickly in presence of theophylline than in its absence. This quicker multiplication implies that B.

The predatory bacteria may be a potentially safe alternative to antibacterial agents.

This quicker multiplication implies that B. bacteriovorus was consuming its prey faster, and thus multiplying faster. This, in turn, shows that the predatory lifecycle can be controlled by theophylline.

In addition to the “living antibiotic” end-goal, there are many more potential uses for easily manipulatable B. bacteriovorus cells. “People want organic food without chemicals,” Dr Mohammed Dwidar from the Nucleic Acid Chemistry and Engineering Unit explains. “The predatory bacteria may be a potentially safe alternative to antibacterial agents for some plant diseases. We can also use it for industry, for example, in water treatment plants.”

With the OIST researchers’ results in hand, the next step is to learn more about B. bacteriovorus and the tools that might be able to control its behaviour in order to one day realise its full antibiotic potential.“In the future, you could spray these bacteria on fresh food to protect against food poisoning,” added Professor Yohei Yokobayashi, who was also involved in the research.

“In the future, we want to control the predation of the bacteria—the timing and extent of predation,” explains Dr Dwidar. “[At the moment] we lack the basic engineering tools in order to do this.”