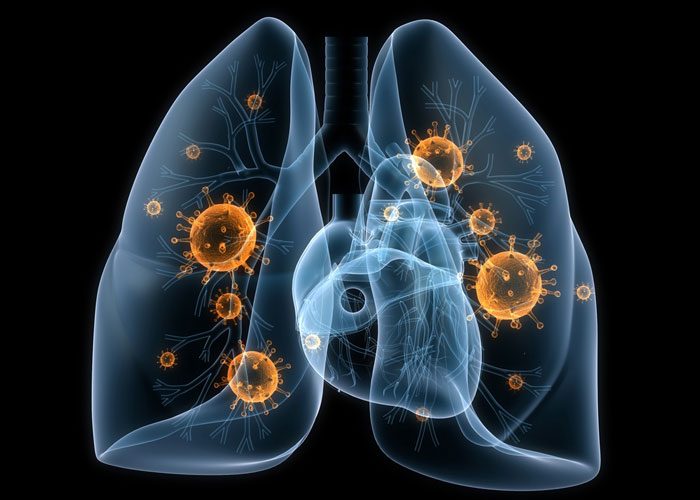 New research suggests that the lung microbiome plays a significant role in asthma severity and response to treatment.

In a group of clinically similar patients with asthma, researchers identified two asthma phenotypes by assessing the microbiome and airway inflammation. The patients were ages 18 to 30 with mild or moderate atopic asthma.

“This tells us the microbiome has relevance beyond the gut, and that it is a potential biomarker for asthma,” said Dr David Perkins, Professor of Medicine and Surgery at UIC College of Medicine.

These two phenotypes, called asthma phenotype one and two, or AP1 and AP2, are demarcated by the prevalence and dominance of different bacteria in the lung. When compared, patients in the two groups performed differently on pulmonary function tests.

In both AP1 and AP2, the associations between the composition of the microbiome and specific inflammatory cytokines were decreased after treatment with an inhaled corticosteroid, a common asthma therapy. Researchers say this suggests that ICS may function by dampening responses to microbes.

“The data suggest that further study of the microbiome may help to develop more personalised treatment recommendations for patients with asthma,” said Dr Patricia Finn, the Earl M. Bane Professor of Medicine at the University of Illinois at Chicago.

Dr Finn says that asthma research has increasingly focused on the differences between seemingly similar patients and that this study adds to the growing body of evidence that patients benefit from precision medicine approaches to common chronic diseases, such as asthma.

“If we can better understand how the individual’s lung microbiome affects asthma and identify likely microbial culprits, we may get to a point where we can predict and control asthma development and severity by shifting the microbiome early in life,” said Dr Finn. “This could be as simple as diet, probiotics or medication.”

A second study from the Finn-Perkins lab at UIC, recently published in the American Journal of Respiratory Cell and Molecular Biology, showed that even prior to birth, exposure to specific compositions of bacteria may elicit an inflammatory immune response that could predispose individuals to asthma.

“This is an exciting time in scientific discovery,” Dr Finn said. “We are learning that the lung microbiome potentially plays a role in many parts of the body including cord blood cells, which may impact disease onset or symptoms.”

While the microbiome has gained significant attention for its impact on digestive health in recent years, its effect on lung disease has largely remained unstudied.

“The microbiome is the ecosystem of good and bad bacteria living in the body,” said Dr Finn, “Because the lungs continuously and automatically draw air, and any number of environmental agents, into the body, the composition and balance of microbes in the lungs may have a profound effect on many respiratory conditions.”

UIC College of Medicine, University of Illinois at Chicago (UIC)