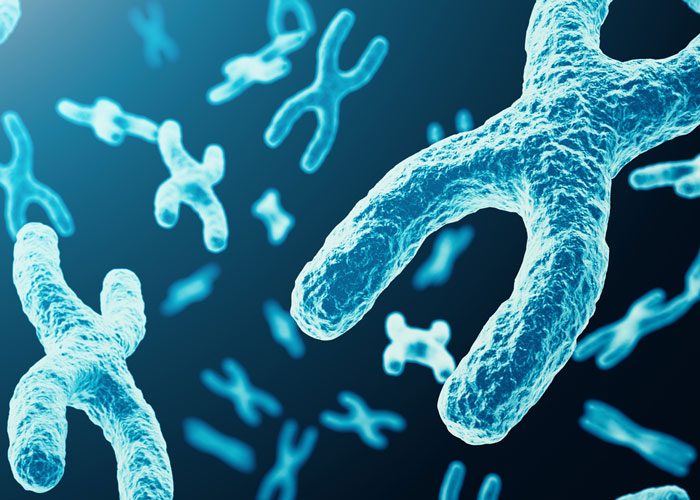 A new statistical model has enabled researchers to pinpoint 27 novel genes thought to prevent cancer from forming, in an analysis of over 2000 tumours across 12 human cancer types. The findings could help create new cancer treatments that target these genes and open up other avenues of cancer research.

“Using this powerful toolkit, we’ve uncovered rare tumour suppressor genes that when lost in mutated cells, cause cancer,” said Jonas Demeulemeester, joint first author of the paper and researcher at the Francis Crick Institute. “This could pave the way for the development of personalised cancer treatments.”

We have two copies of tumour suppressor genes in all of our cells to prevent them from turning cancerous. Similar to the two sets of brakes on a bicycle, both copies of the gene need to be lost in order to release the ‘brakes’ on tumour formation.

These double gene copy deletions can provide clues for tumour suppressor genes in cancer. However, cancer samples normally contain both healthy cells and cancerous cells in unknown proportions, making it difficult to work out if just a single copy or both copies of the gene have been lost in the cancer cells. In addition, it can be difficult to distinguish between harmful deletions of tumour suppressor genes and non-harmful deletions of other genes at fragile sites along the genome.

The team developed computational tools to overcome these issues and used them to analyse 2,218 tumours from 12 cancer types including breast, lung and bowel cancers. By determining the relative proportions of cancerous and healthy cells in each sample, they could work out the number of copies of each gene in the cancer cells. This analysis revealed 96 regions of the human genome that are frequently lost during tumour development.

The analysis also revealed that harmful tumour suppressor gene deletions have a different ‘DNA footprint’ to non-harmful deletions, which tend to be much smaller. This enabled the researchers to categorize the 96 deletions, revealing 16 previously known tumour suppressor genes, and 27 new ones. Some of these had previously been suspected to contribute to cancer development, while others were completely new.

“Our study demonstrates that rare tumour suppressor genes can be identified through large-scale analysis of the number of copies of genes in cancer samples,” said Peter Van Loo, senior author of the paper and Group Leader at the Francis Crick Institute.

“Cancer genomics is a growing area of research, and the computational tools we use are a powerful way to find new genes involved in cancer.”

The new candidate tumour suppressor genes identified in this study can be investigated by scientists in the laboratory to understand their mechanism of action and try to find drug targets.