A new probe has the potential to help surgeons visualise primary non-fluorescing, low-grade gliomas during surgery to remove the tumour. 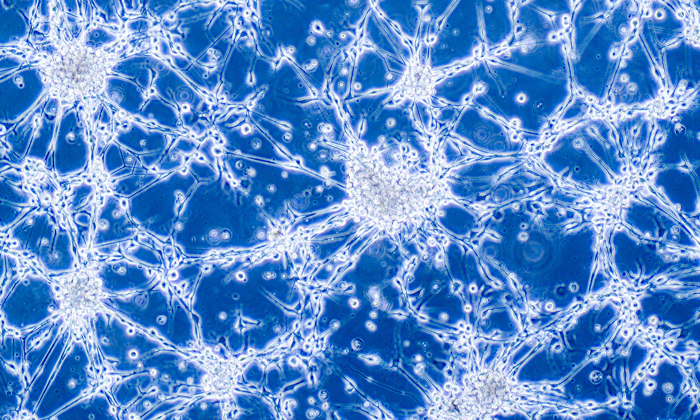 Gliomas are a type of brain tumour characterised by a poor prognosis. In order to improve this prognosis, as much of the tumour as possible must be removed safely during the neurosurgical operation. However, especially in the case of slow-growing, low-grade gliomas, it is often difficult to distinguish diseased tissue from healthy tissue.

In a joint project, MedUni Vienna, the University of California in San Francisco and the Dartmouth-Hitchcock Medical Center (both USA) have trialled a technique designed to make low-grade gliomas visible. The technique involved using an innovative probe together with 5-ALA as a fluorescence marker during the operation. 5-ALA fluorescence specialist Georg Widhalm, Department of Neurosurgery and member MedUni Vienna/Vienna General Hospital Comprehensive Cancer Center was heavily involved in the project.

In Austria, around 450 people a year develop a glioma. Nowadays, fluorescence marker 5-ALA, which accumulates in the cancerous tissue, is routinely used during surgical resection of fast-growing gliomas (glioblastomas) to help differentiate between diseased tissue and healthy tissue. A special surgical microscope that emits blue light, thereby making the brain tumour glow red, is used during the operation. This shows the surgeon exactly which parts of the brain are diseased, so he/she is better able to resect the tumour.

Normally it is not possible to see slow-growing, low-grade gliomas intraoperatively using the 5-ALA fluorescence technique. Dartmouth-Hitchcock Medical Center has now developed a special probe that is able to measure the concentration of 5-ALA fluorescence during the operation. This innovative technique has now been used for the first time in a larger cohort of patients with low-grade gliomas at the University of California, San Francisco.

“The initial results are very promising,” says CCC expert Georg Widhalm, who, as an internationally recognised specialist in 5-ALA fluorescence, was heavily involved in the trial.

Widhalm adds: “We therefore have reason to hope that this innovative technique will also help us to visualise primary non-fluorescing, low-grade gliomas more accurately during surgery so that we can remove them more completely in future. This should improve the prognosis for these patients.”

The new technique could therefore be an additional aid for neurosurgeons, helping them to differentiate between cancerous tissue and healthy brain tissue in low-grade gliomas.

In this trial, around 40 patients underwent surgery at the University of California, San Francisco. Because of his expertise in the field of 5-ALA fluorescence, once the probe had been developed at Dartmouth-Hitchcock Medical Center (David W. Roberts), neurosurgeon Georg Widhalm was invited to conduct this trial with Mitchel S. Berger, Head of the Division of Neurosurgery of the University of California, San Francisco.

Widhalm commented: “The Comprehensive Cancer Center at MedUni Vienna/Vienna General Hospital has an internationally unique level of expertise in exactly this area: with more than 1,000 5-ALA-fluorescence-guided operations since its introduction, we are one of the world’s leading centres.”

5-ALA has been licensed in Europe for use in neurosurgery since 2007. The technique has been licensed in the USA since the summer of 2017 – data from MedUni Vienna played a crucial role in obtaining FDA (US Food and Drug Administration) approval for 5-ALA for use in neurosurgery in the USA. As a world expert, Georg Widhalm was heavily involved in this approval process.

The preliminary findings of the assessment were presented at this year’s Meetings of the Society of Neuro-Oncology (SNO). The conference, which is the world’s largest neuro-oncology congress, took place in San Francisco on 16 – 19 November.