In a proof-of-principle case report, researchers announce that targeted fluorescence successfully identified pulmonary metastases in a patient with osteosarcoma… 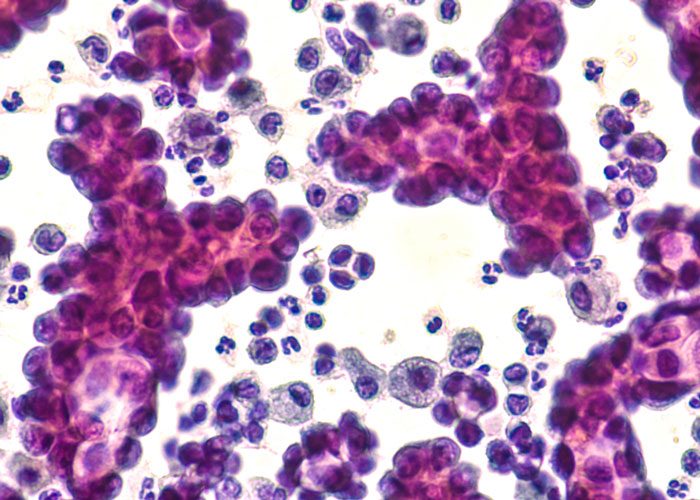 In a proof-of-principle case report, researchers announce that targeted fluorescence successfully identified pulmonary metastases in a patient with osteosarcoma, making it easier for surgeons to locate the tumours for resection.

Osteosarcomas express a number of unique molecular markers, including the folate receptor alpha (FRα). This study utilised a near-infrared contrast agent known as OTL38, which binds to pulmonary metastases expressing FRα, and emits in the NIR range.

The fluorescence emitted from the contrast agent allowed surgeons to locate both a known lung nodule and a small occult metastases–less than a half centimetre–that was not visible in preoperative imaging, suggesting that this approach may enable the detection of small or hard-to-locate nodules during minimally invasive resection.

The drug was safely delivered and no toxicity was observed, the authors reported. Both nodules were successfully resected using real-time fluorescence feedback.

The authors report that this technique may enhance the surgeon’s ability to perform a variety of oncologic procedures including tumour localisation, margin assessment, and intraoperative staging.

“The authors were able to examine the spatial heterogeneity of the folate-dye uptake and show that even though there is a complex uptake pattern, the shapes were representative of the underlying pathology distribution, and therefore provide a reasonable molecular tag for resection margins,” said Brian Pogue.

Initial reports indicate that more than 90% of primary lung cancers accumulate OTL38 and generate tumour fluorescence during minimally invasive pulmonary resection, suggesting that this technique may have application beyond pulmonary osteosarcoma. Future research will explore if this approach could be applicable to other pulmonary malignancies that express the FRα.

This advance is reported in an article published by SPIE, the international society for optics and photonics.

Related organisations
Purdue University, The Perelman School of Medicine at the University of Pennsylvania

Purdue University, The Perelman School of Medicine at the University of Pennsylvania