Researchers in Switzerland have identified biomarkers in the blood that can predict which patients are likely to respond favourably to immunotherapy treatment for cancer. 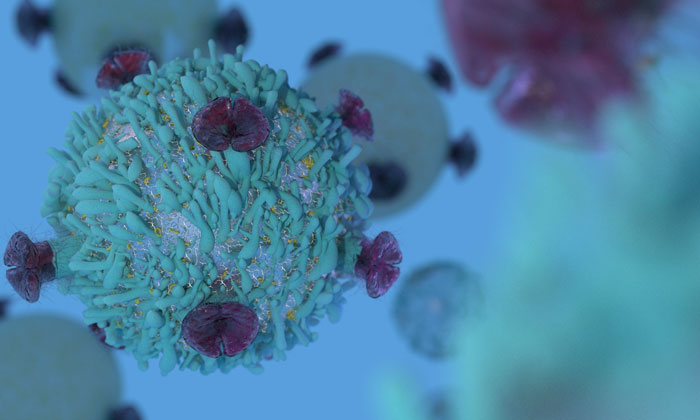 Immunotherapy is applied with great success in cases of melanoma and lung cancer. However, not all patients respond to the treatment, which makes targeted use of the immune system’s normal function of regularly examining the body’s tissue for pathogens and damages.

Not only is immunotherapy ineffective in approximately half of such cancer patients, but they also still experience its side effects.

With the aim of identifying which patients are likely to benefit from the treatment, a team of researchers from the University of Zurich and the University Hospital Zurich has found a novel method to pinpoint them. The researchers were able to identify biomarkers in the blood that indicate whether the therapy is highly likely to be effective prior to the commencement of treatment.

“The blood counts of patients should be analysed for these biomarkers when making a decision about immunotherapy. This will dramatically increase the share of patients who will benefit from this type of therapy,” says Professor Burkhard Becher from the Institute of Experimental Immunology at UZH. “At the same time, it makes it possible to directly move on to different methods in cases where immunotherapy won’t work – without losing valuable time.”

Working alongside researchers at the Department of Dermatology at the University Hospital Zurich, the team examined biomarkers in 40 blood samples from 20 patients, both before and 12 weeks after immunotherapy treatment. For this, they used the high-dimensional ‘cytometry by time of flight’ (Cy-TOF) cell analysis method, which analyses cells for up to 50 different proteins one cell at a time. The researchers were thus able to differentiate every single cell and document its activation status. Even nuanced differences between the patient samples were recorded in detail.

After analysing the cells, the researchers examined the data – together with employees at the Swiss Institute of Bioinformatics at UZH – to identify molecular patterns that could predict therapeutic success. “Even before the start of a therapy, we observed a subtle and weak immune response in the blood, and identified this molecular pattern as the immune cells CD14+CD16−HLA-DRhi,” says Burkhard Becher. For the finding to be easily verifiable, the biomarkers should be easily detectable; indeed, the blood count was able to be validated using conventional methods in a second, independent cohort of more than 30 people.

Together with comprehensive, precisely structured biobanking, this study represents a major step towards precision medicine,” says Professor Mitch Levesque of the Department of Dermatology at the University Hospital Zurich.

Before they can be used clinically, the insights gained must now be applied in independent studies with higher patient numbers. The method using biobanking, high-dimensional cytometry, and computer-aided pattern recognition should also be useful in clinical decision support and developing new therapeutic approaches when it comes to other clinical pictures.