Blood sample, or liquid biopsy, can reveal which patients will respond to checkpoint inhibitor-based immunotherapies… 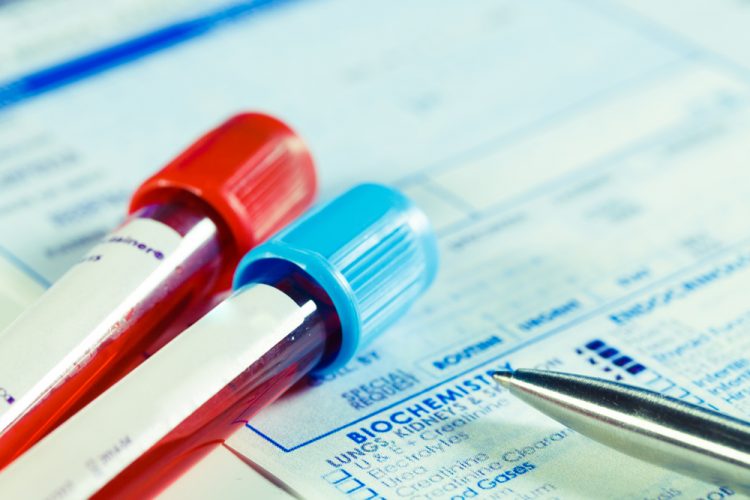 “We can help predict response to immunotherapy by measuring the number of mutations in circulating tumour DNA using a simple blood test,” said Dr Yulian Khagi, University California San Diego Moores Cancer Center fellow and first author. “Immunotherapy can result in serious side effects, and therefore being able to predict who will respond is important to mitigating potential risk to each patient.”

The findings show that 45 percent of patients with more than three genomic alterations detected in the tumour DNA that circulates in the bloodstream — known as ctDNA — responded to checkpoint inhibitor-based immunotherapy. Patients with fewer alterations had a 15 percent response.

“Checkpoint inhibitor immunotherapy is exciting, but it is currently given to patients with all types of cancer, and most of the time it is not known if it will result in a response,” said Dr Razelle Kurzrock, director of the Center for Personalized Cancer Therapy at UC San Diego Moores Cancer Center and senior author of the study. “Indeed, more than 80 percent of patients with cancer fail to respond to checkpoint inhibitor immunotherapy.”

Patients with a high number of alterations also had longer progression-free survival or the period of time in which a patient lives with cancer without it advancing. Those who responded to immunotherapy at two months and had high numbers of genomic alterations in the blood had a median response last nearly two years.

“Considering that many of these patients had advanced disease that was resistant to many other therapies, this result is impressive,” said Dr Kurzrock.

Study findings mirror what has been previously described in the genomic testing of tissue samples. However, in this report, the result was obtained from a small tube of blood without a tissue biopsy.

“Tumors that have the most mutations, and used to be considered the worst tumours, are now considered the best cancers in that they are the most amenable to treatment with immunotherapy,” said Dr Kurzrock.

In this analysis, the team lead by Dr Kurzrock and Dr Khagi analysed blood-derived DNA from 69 patients with different types of cancers who were treated with checkpoint inhibitors. They used the Guardant360 assay, a comprehensive liquid biopsy which evaluated up to 70 genes for genomic alterations.

“We can take a simple blood sample, which is less painful, less expensive and can be repeated to determine who is at an increased chance of response to immunotherapy,” said Dr Kurzrock. “This technology opens up a whole new approach to immunotherapy.”

A liquid biopsy is a diagnostic tool based on the idea that critical genetic information about the state of the disease can be found in blood or other fluids. One vial of blood could be used to detect the onset of disease, monitor its progression and measure its retreat less invasively than a tissue biopsy.

Dr Kurzrock is already using liquid biopsy technology in the Profile Related Evidence Determining Individualized Cancer Therapy (PREDICT) clinical trial — a project focusing on the outcome of patients who have genomic testing performed on their tumours and are treated with targeted therapy.

The authors suggest larger studies are needed to corroborate that blood-based liquid biopsy can be used as a viable, noninvasive, predictive biomarker for response to checkpoint inhibitor-based immunotherapy across a variety of cancer.