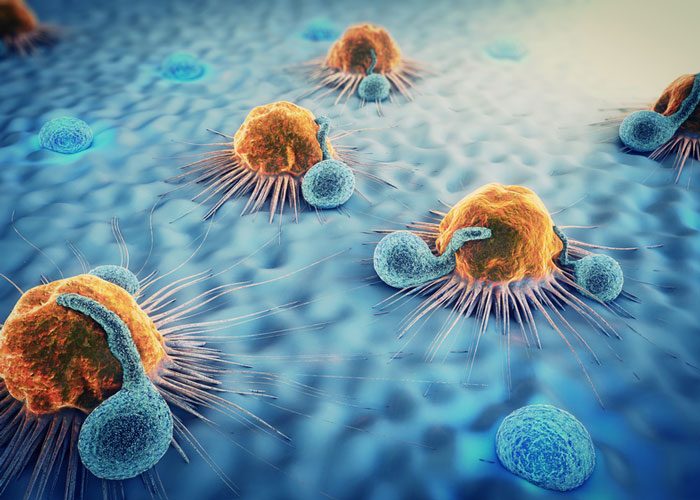 Researchers have demonstrated that genetic variations driving prostate cancer determine the composition of the immune cells that have been found to infiltrate primary prostate tumours. These immune cells, in turn, dictate tumour progression and response to treatment.

The data, published could lead to more successful clinical trials and tailored therapies for patients.

“We observed that specific genetic events resulted in striking differences in the composition of immune cells present in and around the tumour – results with important therapeutic implications,” said senior author Dr Pier Paolo Pandolfi, Director of the Cancer Center and Cancer Research Institute at BIDMC. “Our data may be especially relevant for tailoring immunological therapies and for identifying responsive-patient population.”

Dr Pandolfi’s team – including lead author, Marco Bezzi, a post-doctoral fellow in Pandolfi’s lab – engineered mice models to represent four distinct known genetic variations of human prostate cancer. The models lacked either Pten alone or in combination with other genetic alterations known to drive the disease. When the team analysed the tumours from these mice, they saw profound differences in the types and relative numbers of the immune cells that had accumulated in and around the tumour, what they call the tumours’ “immune landscape”.

We observed that when present, these infiltrating immune cells were required for the tumour to thrive and found therapies to block their recruitment to be effective

For example, specific immune landscapes tumours from the genetic model lacking both Pten and the tumour suppressor gene called Trp53 demonstrated an increased accumulation of myeloid cells, the immune cells that mediate immunosuppression. In stark contrast, tumours from the genetic model lacking Pten and a different tumour suppressor gene called PML lacked intratumoral immune infiltration; that is, the researchers observed no immune cells at all in these tumours, which the scientists dubbed “cold,” or “immune-deserts.” All four mouse models analysed presented very distinctive immune landscapes and these differences were maintained and exacerbated over time.

The research team also demonstrated that these differences in immune cell composition were directly dictated by the tumours themselves because of their genetic variations. Different tumours, they observed, secreted distinct chemical attractants, which in turn recruited – or didn’t recruit, in the case of the immune-desert tumours – different immune cell types into a tumour. Dr Pandolfi and colleagues further demonstrated that these differences hold true in human prostate cancer. Critically, the immune cells recruited to the tumours were found to be essential in supporting the growth and progression of these tumors.

“We observed that when present, these infiltrating immune cells were required for the tumour to thrive and found therapies to block their recruitment to be effective,” said Dr Bezzi. “On the other hand, the cancer genotype characterised by the so-called ‘immune desert’ phenotype, did not respond to such therapies. On this basis, we can predict the tumour response to immunotherapies and tailor treatment modalities to effectively impact tumours that are otherwise extremely aggressive,” he said.

Thus, because immune cells interact with and also affect tumour response to therapy, these findings may be especially relevant for the development of more precise and effective combinations of immunotherapies and targeted therapies on the basis of the cancer genetic makeup.

“These profound differences in immunological landscapes among various cancer genotypes further highlight the need to thoroughly investigate and integrate genotypes and immune-phenotypes in the context of exploratory cancer treatments in both preclinical and clinical settings,” said Pandolfi.

The study has been published in Nature Medicine.