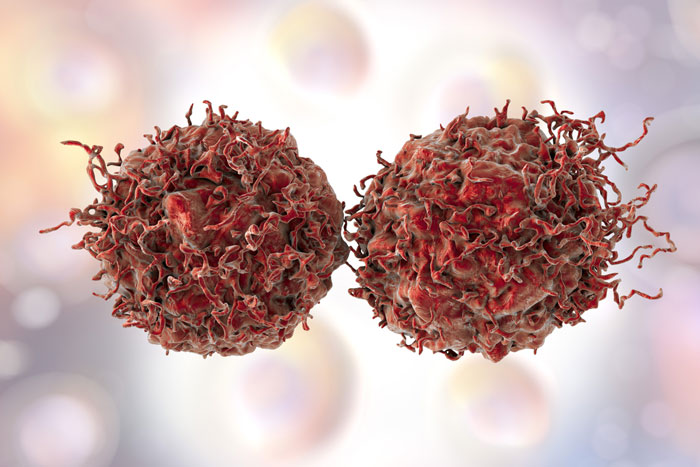 The goal of any cancer treatment is to kill tumour cells. Yet, one little-understood paradox of certain cancers is that the body’s natural process for removing dead and dying cells can actually fuel tumour growth.

A new University of Michigan study identifies the pathway by which this poorly understood action occurs in metastatic prostate cancer cells. This understanding could help researchers develop drugs to block the harmful tumour acceleration, while still allowing the body to clear out the dying cells, said study lead author Hernan Roca, Associate Research Scientist at the U-M School of Dentistry.

This process of removing cellular debris is called efferocytosis, and it’s a critical and normal function in both healthy people and those with cancer. These cellular house cleaners are called phagocytes, also known to be the first immune system responders to resolve infections by foreign invading organisms.

When researchers induced cell death in mouse bone tumours, it correlated with an increase of CXCL5, and the growth of tumours with induced cell death accelerated. However, when the CXCL5 protein was blocked in mice, tumour progression was hindered.

Next, researchers took these findings to look at blood samples from human patients with metastatic prostate cancer and found that their level of inflammatory CXCL5 was higher relative to localised prostate cancer patients or healthy patients.

“In the presence of cancer, uncontrolled cell growth is also accompanied by a high, or significant, amount of cancer cell death,” and those dead cells must be removed, said Prof Roca. “The challenge for the future is to understand how to treat these patients to avoid this pro-inflammatory and tumour promoting response, while still preserving the essential function of cell removal.”

When prostate cancer metastasises it frequently appears in bone, and at that point it’s incurable. Since bone is a rich reservoir of these phagocytic immune cells, these findings shed light into novel effective cancer therapies.