Mitochondrial disease can be inherited from healthy parents 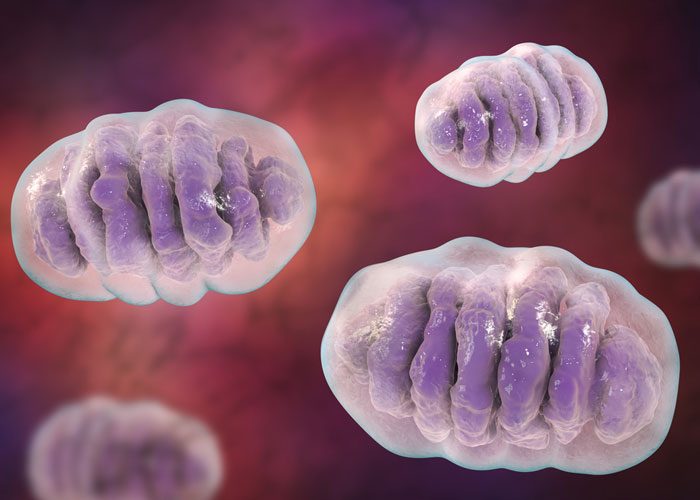 Professor Patrick Chinnery, from the MRC Mitochondrial Biology Unit and the Department of Clinical Neurosciences at the University of Cambridge, said: “We know that these devastating mitochondrial mutations can pop up in families without any previous history, but previously we didn’t know how that happened. We were surprised to find that egg cells in healthy females all carry a few defects in their mitochondrial DNA.”

For most of the human genome, mutations are kept in check by the processes of sexual reproduction, when eggs and sperm combine; however, mitochondria replicate asexually and mitochondrial DNA is inherited unchanged from the mother’s egg. This means that over time mutations can accumulate which, if left unchecked over generations, could eventually lead to malfunction and disease in offspring.

This conundrum led researchers to predict that a “bottleneck,” where only healthy mitochondria survive, may explain how mitochondria are kept healthy down the generations.

In this study, the researchers identified and measured this bottleneck for the first time in developing human egg cells. In these cells, the number of mitochondria decreased to approximately 100 mitochondria per cell, compared to around 100,000 mitochondria in a mature egg cell.

The exact mechanism by which cells with unhealthy mitochondria are eliminated is not yet known, but since developing egg cells need a lot of energy – produced by the mitochondria – the researchers suggest that after the bottleneck stage, eggs cells containing damaged mitochondria cannot generate enough energy to mature and are lost.

This study found every developing egg cell may carry a few faulty mitochondria, so occasionally, by chance, after the bottleneck, these could be the mitochondria that repopulate the egg cell. The scientists suggest that if the quality-control step fails, then this faulty egg could survive and develop into a child with a mitochondrial disease.

Prof Chinnery said: “Unfortunately, the purification process is not perfect, and occasionally defective mitochondria leak through. This can cause a severe disease in a child, despite no one else in the family having been affected.”

The study authors also suggest that this process could be relevant for human ageing. Prof Chinnery added: “Previously it was assumed that the mitochondrial DNA mutations that have been associated with diseases of ageing, such as Alzheimer’s disease, Parkinson’s disease and other neurodegenerative disorders, happened over a person’s lifetime. This study shows how some of these mutations can be inherited from your mother, potentially predisposing you too late onset brain diseases.”

Dr Nathan Richardson, MRC Head of Molecular and Cellular Medicine, said: “This is an exciting study that reveals important new insights into how mitochondrial diseases develop and are inherited between generations. The researchers have made great use of the tissues available from the MRC-Wellcome Human Developmental Biology Resource (HDBR). The HDBR is an internationally unique biobank resource that provides human embryonic and foetal tissue, donated through elective terminations, facilitating research into a large number of distressing medical disorders, such as mitochondrial diseases.”

The study has been published in Nature Cell Biology