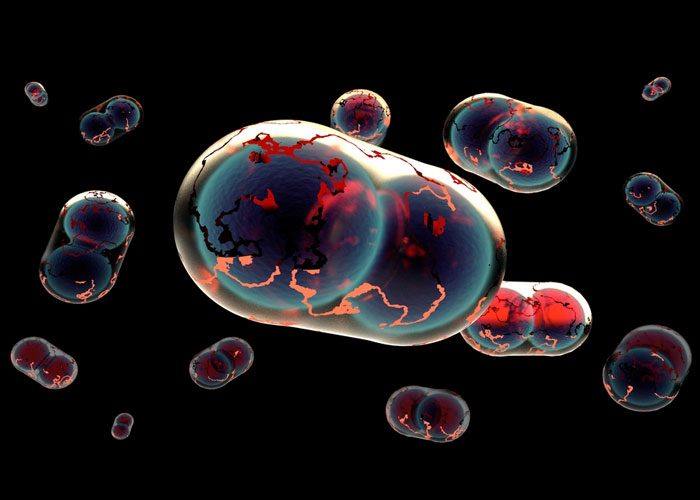 Researchers have created a new synthetic virus that could lead to the development of a more effective vaccine against smallpox. The discovery demonstrates how techniques based on the use of synthetic DNA can be used to advance public health measures.

Virologist David Evans and his Research Associate Ryan Noyce produced an infectious horsepox virus, which they synthetically reconstructed using a published genome sequence and DNA fragments manufactured entirely by chemical methods. The team went on to show that the synthetic horsepox virus could provide vaccine protection in a mouse model of poxvirus infection.

“This application of synthetic DNA technology has the potential to revolutionise how we manufacture complex biologicals including recombinant viruses,” said Dr Evans.

“These methods advance the capacity to produce next-generation vaccines and offer special promise as a tool for constructing the complicated synthetic viruses that will likely be needed to treat cancer,” said Dr Evans.

Horsepox an equine disease caused by the horsepox virus is not a hazard to humans. It is closely related to vaccinia virus, the virus that was used as a vaccine to eradicate human smallpox 40 years ago. While there have been no cases of naturally occurring smallpox since 1977, it remains a concern to public health agencies.

Tonix Pharmaceuticals Holding Corp. is developing the synthetic version of horsepox as a potential vaccine to prevent smallpox (variola virus) infection in humans. Seth Lederman, President and Chief Executive Office of Tonix, is co-investigator on the research and co-inventor on the designated TNX-801 patent.

“Tonix’s goal is to develop a vaccine that has a better safety profile than the current vaccines for broader usage and to provide greater protection to the public,” said Lederman.

Current smallpox vaccines are used to protect first responders and military service members but are rarely used except in special circumstances. Because of the toxicity of most modern smallpox vaccines, Canada and the United States have long discontinued immunizing whole populations, as was the policy prior to smallpox eradication.

Dr Evans hopes the research will contribute to informed discussions relating to the potential applications of synthetic biology for the benefit of society.

His research team had previously used more traditional recombinant DNA technologies to engineer a vaccinia virus with the aim of improving the treatment for bladder cancer.

The virus is an oncolytic virus, which means it was modified to selectively kill rapidly-dividing cancer cells while remaining safe for surrounding healthy cells. In pre-clinical models, these viruses can infect and kill cancer cells, while promoting the development of an immune response that is needed to prevent the cancer from returning. However, future generations of oncolytic viruses will require a greater degree of modification than is possible using older technologies. Synthetic biology offers a powerful tool for manufacturing these more complicated biological therapeutics.

“We are invested as a research laboratory in taking that same technology and applying it to other poxviruses,” said Dr Evans.

The work of assembling TNX-801 was funded by a research contract from Tonix Pharmaceuticals, but was made possible by a long history of grant funding from the Canadian Institutes of Health Research (CIHR) and the Natural Sciences and Engineering Research Council (NSERC).

Lab of the Future to be 50 percent virtual by 2030, survey indicates