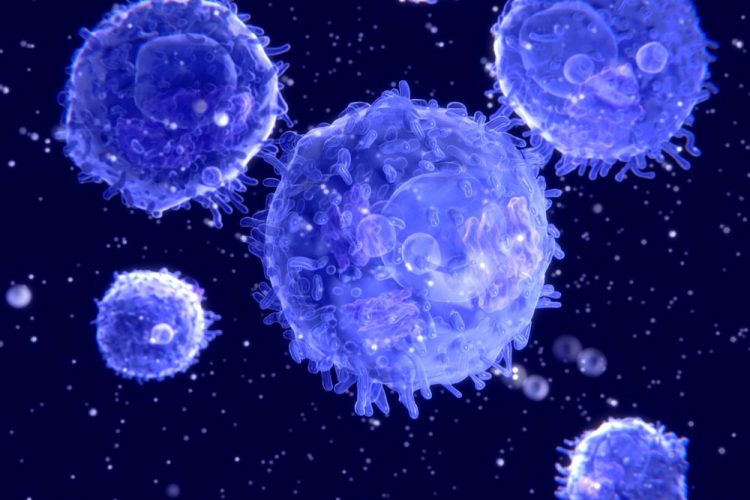 Scientists discovered how a Gimap5 gene mutation affects T cell function to promote immune disorders and then tested a treatment based on the discovery–successfully fixing donated immune cells from a 16-year-old boy with an abnormally low level of white blood cells called lymphopenia.

The discovery centres on mutation of the gene Gimap5, which is important to the healthy formation and function of CD4+ T cells, one of the immune system’s super soldiers against infection and disease.

The protein associated with the Gimap5 gene (also Gimap5), is important because it regulates a protein that inactivates an enzyme called GSK3, researchers said. If GSK3 isn’t inactivated it causes DNA damage in T cells that are expanding, causing the cells do not survive or function correctly. In mice and human blood cells, the researchers tested drugs that inhibit GSK3, improving immune system function in mice and restoring normal T cell function in the human cells.

GSK3 inhibitors already are used to treat other diseases like Alzheimer’s, mood disorders and diabetes mellitus.

“Our data suggest GSK3 inhibitors will improve T cell survival and function and may prevent or correct immune-related disorders in people with Gimap5 loss-of-function mutations,” said Dr Kasper Hoebe, Division of Immunobiology. “Therapeutically targeting this pathway may be relevant for treating people with Gimap5 mutations linked to autoimmunity in Type 1 diabetes, systemic lupus erythematosus or asthma.”

Dr Hoebe led the study, together with researcher Andrew Patterson and Dr Jack Bleesing,  in the Division of Bone Marrow Transplantation and Immune Deficiency.

Immune system disorders lead to abnormally low immune activity (deficiency) or overactivity (autoimmunity). Immune deficiency diseases decrease the body’s ability to fight infection, while autoimmunity prompts the body to attack its own tissues. Both are common causes of illness, and malfunctioning T cells are linked to both.

Authors of the current study said additional research is needed before the data have clinical relevance for patients. New experiments are underway to translate the findings into the clinic, Dr Hoebe said.

The scientists are investigating if and how genetic variants in Gimap5 affect GSK3 regulation cause malfunctioning T cells in patients with immune disorders. They also are exploring the therapeutic potential of GSK3 inhibitors in preclinical mouse models of allergic lung disease and lupus to see if they can improve patient outcomes.

“We believe the use of GSK3 inhibitors to prevent or correct these type of immune-related diseases holds great potential,” Hoebe said.

Genetic variants in Gimap5 were already associated with autoimmunity and colitis, but their specific biological mechanisms have remained unclear. Hoebe and colleagues show Gimap5 is essential for inactivating the GSK3 enzyme (known as glycogen synthase kinase-3) when T cells are activated. Otherwise, the activity of GSK3 constrains other molecular processes and prevents T cells from completing their cell cycle to full functionality.

The researcher has been reported in Nature Communications.