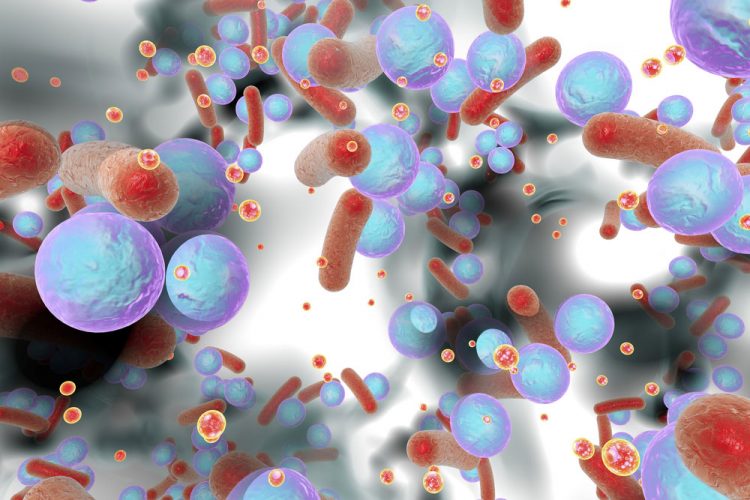 “There’s a huge, unmet clinical need for new approaches against staph skin infections because of declining antibiotic development and rising drug resistance,” says Dr Lloyd Miller, Associate Professor of Dermatology at the Johns Hopkins University School of Medicine. “There are concerns that current antibiotics will not provide a durable solution to this public health threat.”

Using mice with defective immune systems, Dr Miller’s research team found that after an initial exposure of the skin to staph, they were surprisingly protected against a second skin exposure with the same bacteria. After testing for antibodies and other “usual suspects” of the immune system against this infection, it was not at all clear what immune response was protecting the mice. The researchers then tested a drug FDA-approved for treatment of multiple sclerosis, which acts by preventing certain immune cells from leaving lymph nodes for sites of inflammation.

“We couldn’t have figured out what was happening without the expertise of our collaborators at U.C. Davis, who determined the genetic sequence of every single cell marker on the cells in the lymph nodes,” says Dr Miller.

That genetic sequencing data revealed that specific cells substantially multiplied after the initial infection, then moved to the infection site and provided protection against the second infection. These so-called gamma delta T cells account for less than 1 percent of all the cells in the lymph node prior to infection. After infection, they accounted for more than 20 percent.

“Our lab specialises in developing novel genetic methodologies to study T cell repertoires, but we had never applied this technology to study how the immune system responds to an infection,” says Dr Emanual Maverakis, Associate Professor of Dermatology at the University of California, Davis School of Medicine. “We’re thrilled to have played a role solving an important question that Dr Miller had been working on for several years. This is just the first in a series of collaborative projects with the Miller lab that we have in store for the future.”

Since this work was performed in mice, the team wanted to see if its findings were applicable to people. Working with collaborators from the National Institute of Allergy and Infectious Diseases at the National Institutes of Health, the researchers tested blood from healthy individuals and people with a rare immune disorder that makes them highly susceptible to staph skin infections.

According to Dr Miller, half of the people with the disorder die by age 10, but if they survive to adulthood they somehow overcome their susceptibility to staph infections. In blood samples from these patients, the researchers found an increase in the percentage of gamma delta T cells, similar to what they observed in mice, which remained stable over years.

“This was a totally unexpected result,” says Dr Miller. “We are excited to learn more about these cells and how they confer this long-lasting protective immunity.”

Dr Miller hopes these new findings and especially gamma delta T cells may be targeted for developing new therapies or even a vaccine against staph skin infections. This, he says, could alleviate the burden of staph skin infections, prevent invasive complications and reduce health care costs.

Dr Miller receives grant support from MedImmune, Regeneron, Moderna Therapeutics and Pfizer, which are developing therapeutics and vaccines against staph and other pathogens. This work was supported by grant numbers R01AR069502 and R21AI126896 to Dr Miller and 1DP2OD008752 to Dr Maverakis, by the Division of Intramural Research of the National Institute of Allergy and Infectious Diseases at the National Institutes of Health, and an early career award from the Burroughs Wellcome Fund.

The study has been published in The Journal of Clinical Investigation.