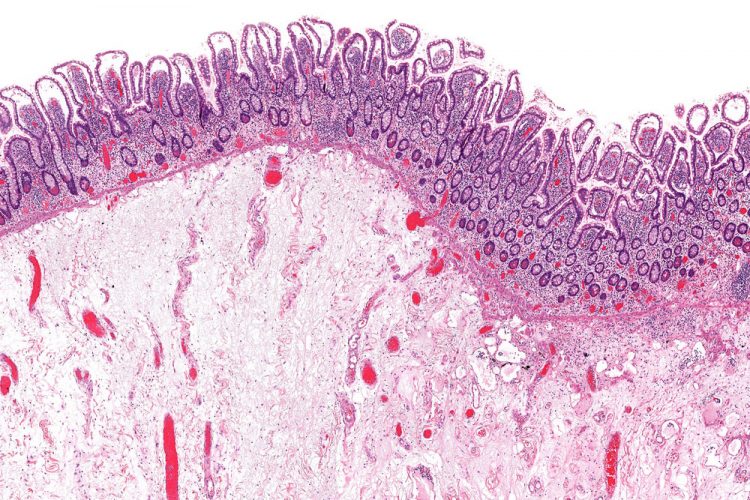 New research shows that all-trans-retinoic acid (atRA), the active form of vitamin A, regulates immune system responses in the mouse intestine by controlling the expression of the protein HIC1 in cells known as innate lymphoid cells. These findings, which could suggest new ways to fight disease.

The intestinal immune system must strike a balance between fighting infection and maintaining tolerance to harmless or beneficial microbes and food particles. Previous research has shown that atRA, produced from dietary vitamin A by some intestinal cells, helps maintain this balance in mice by regulating the activity of innate lymphoid cells. However, the molecular details of this process have been unclear.

In the new study Dr Kyle Burrows of the University of British Columbia and colleagues focused on the protein HIC1, or “Hypermethylated in cancer 1,”so named because it was first identified in cancer cells; however, it also helps regulate gene expression in normal cells. The research team had previously shown that atRA influences HIC1 activity and that HIC1 helps maintain intestinal health in mice. Now, they have investigated the molecular details of HIC1’s role.

The researchers deleted the HIC1 gene in certain innate lymphoid cells in the mouse intestine and found that this increased the susceptibility of the mice to infection with the bacterium Citrobacter rodentium. Further investigation revealed that the increased susceptibility was due to a reduction in production by the innate lymphoid cells of IL-22, a protein that plays a key role in the intestinal immune response.

“Vitamin A has been long known to play a central role in the balance between intestinal immune health and disease, but the precise molecular mechanisms of how it affected immune cells was unknown,” says Professor Colby Zaph from the Biomedicine Discovery Institute at Monash University in Melbourne, Australia. “Identifying HIC1 provides a potential target to modulate intestinal inflammation,” said Prof Zaph, who led these studies.

These results suggest that HIC1 helps maintain intestinal health in mice by regulating the activity of innate lymphoid cells, with its own activity regulated by atRA. With further research, these findings could open up new strategies to protect against infection and intestinal imbalance, which can lead to conditions such as food allergy and irritable bowel syndrome.

The results are presented in PLOS Pathogens.