Researchers have reported a potential new role for some bacteria on the skin, protecting against cancer… 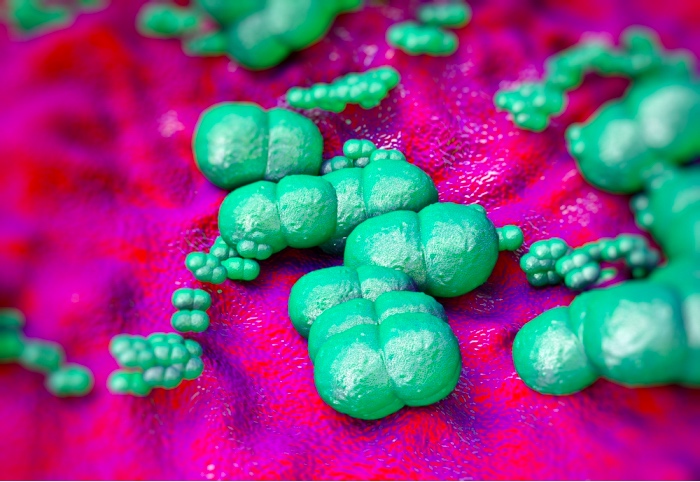 Researchers have reported a potential new role for some bacteria on the skin: protecting against cancer.

“We have identified a strain of Staphylococcus epidermidis, common on the healthy human skin, that exerts a selective ability to inhibit the growth of some cancers,” said Dr Richard Gallo, Distinguished Professor and chair of the Department of Dermatology at UC San Diego School of Medicine. “This unique strain of skin bacteria produces a chemical that kills several types of cancer cells but does not appear to be toxic to normal cells.” 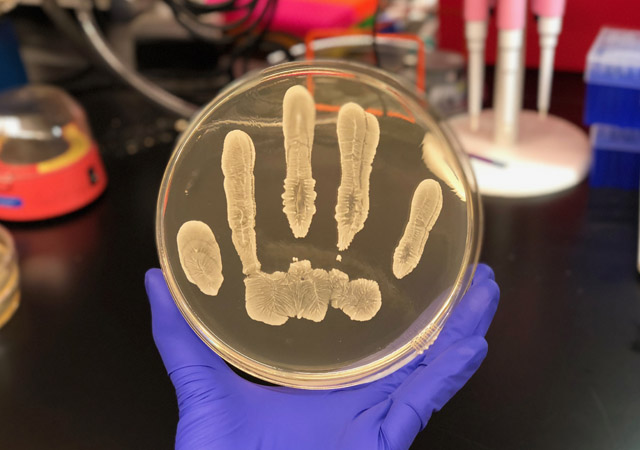 A strain of S. epidermidis was shown to produce a molecule that kills cancer cells and inhibits the development of skin tumours on mice.(UC San Diego Health)

6-HAP is a molecule that impairs the creation of DNA, known as DNA synthesis, and prevents the spread of transformed tumour cells as well as the potential to suppress the development of UV-induced skin tumours.

Mice that received intravenous injections of 6-HAP every 48 hours over a two-week period experienced no apparent toxic effects, but when transplanted with melanoma cells, their tumour size was suppressed by more than 50 percent compared to controls.

“There is increasing evidence that the skin microbiome is an important element of human health. In fact, we previously reported that some bacteria on our skin produce antimicrobial peptides that defend against pathogenic bacteria such as, Staph aureus,” said Dr Gallo.

In the case of S. epidermidis, it appears to also be adding a layer of protection against some forms of cancer, said Dr Gallo. Further studies are needed to understand how 6-HAP is produced if it can be used for prevention of cancer or if the loss of 6-HAP increases cancer risk, said Dr Gallo.

More than 1 million cases of skin cancer are diagnosed in the United States each year. More than 95 percent of these are non-melanoma skin cancer, which is typically caused by overexposure to the sun’s UV rays. Melanoma is the most serious form of skin cancer that starts in the pigment-producing skin cells, called melanocytes.