Researchers have reconstructed the 3.1 Å structure of the herpes simplex virus type 2 (HSV-2) B-capsid and built the atomic model, thus expanding the understanding of the assembly mechanism of the capsid… 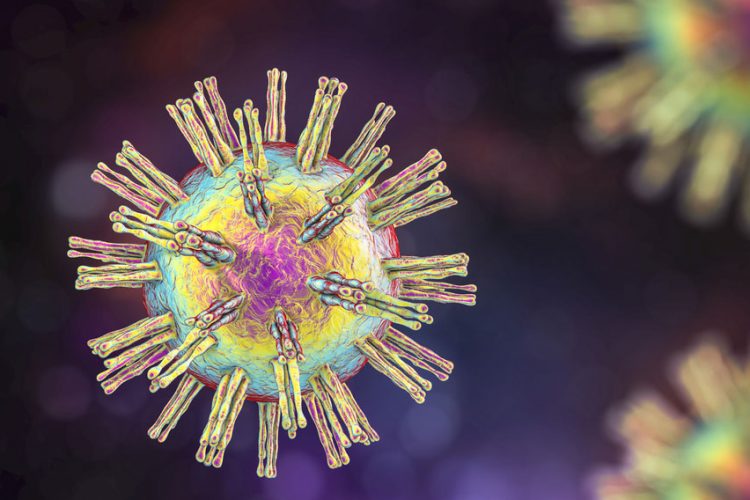 The herpesvirus is genetically and structurally one of the most complex viruses. It spreads within the host population efficiently, causing a range of diseases in humans, including congenital disorders and cancers.

The assembly pathway of herpes virus produces three distinct types of capsids called A-, B- and C-capsids, respectively. The three capsid types all have mature angular shells and a similar assembly mechanism. However, little is known about the structure and assembly mechanism of the herpes simplex virus (HSV) capsid.

Using a combination of “block-based” reconstruction and accurate Ewald sphere corrections, Professor  Wang Xiangxi, Professor Rao Zihe and Professor Zhang Xinzheng at the Institute of Biophysics of the Chinese Academy of Sciences, together with coworkers from Hunan Normal University, and the National Institutes for Food and Drug Control, reconstructed the 3.1 Å structure of the herpes simplex virus type 2 (HSV-2) B-capsid and built the atomic model, thus expanding the understanding of the assembly mechanism of the capsid.

As one of the four major structural layers, the 125 nm capsid of herpesvirus not only protects the viral genome from mechanical and other damage but also functions to release the viral genome into the host cell nucleus during initial infection and to packaging the genome during the maturation.

The researchers found that there are four major conformers of the major capsid protein VP5, which exhibits striking differences in configuration and mode of assembly to form extensive intermolecular networks.

The triplex, a heterotrimeric assembly that fits between hexamers and pentamers at quasi-three-fold positions to cement the capsid together, consists of two copies of VP23, each exhibiting remarkably different conformations, and one copy of VP19C. Six copies of the small capsid protein VP26 form a ring on the top of the hexon and further stabilise the capsid.

Based on the capsid structure, the researchers proposed a model for the ordered assembly of the capsid using a triplex and its covalently linked lasso triangle formed by three VP5s. These basic assembly units then cluster into higher-order structures conforming to twofold symmetry and guide nascent assembly intermediates into the correct T = 16 geometry, allowing the first steps toward understanding the drivers of assembly and the basis of the stability of the capsid.

This study was published in Science.