A novel pathway to regulate B cell activity and prevent autoimmunity

Researchers at the Medical University of South Carolina (MUSC) have identified a novel checkpoint of peripheral tolerance, specifically in B cells. 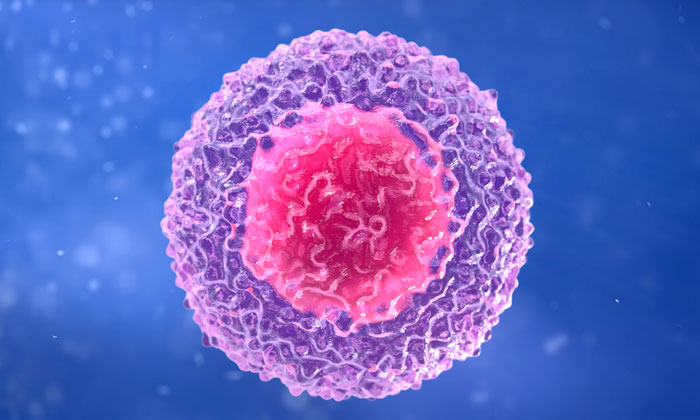 “This pathway is very important in balancing immunity against pathogens and tolerance against self,” says Zihai Li, M.D., Ph.D., professor and chair of Microbiology and Immunology at MUSC, co-leader of the Cancer Immunology Program at the MUSC Hollings Cancer Center, and senior author for this study.

The Li lab studied the mechanisms that regulate both the adaptive and innate immune systems and how they function in cancer and autoimmune disease. The two proteins of highest interest to the Li lab are TGF-beta and GARP. TGF-beta has been studied for more than 40 years and is a master cytokine that regulates inflammation and tolerance. More recently, the membrane receptor GARP was shown to bind to TGF-beta on regulatory T cells and platelets to modulate their activity. Work from Sophie Lucas’ group in Belgium reported the expression of GARP on B cells. However, up until this point, it was unknown if and how the GARP:TGF-beta axis contributes to peripheral B cell tolerance.

“This is indeed the first time we have shown that this is important in regulating autoimmune disease. In prior work, they didn’t do that,” says Li.

The current study showed that GARP was expressed upon activation of B cells and may therefore act as an important checkpoint for B cell tolerance. To address the contribution of the GARP:TGF-beta axis to B cell biology, the Li lab generated two preclinical models: one in which GARP was overexpressed and one in which GARP expression was reduced. Overexpression of GARP reduced the proliferation and activation of B cells. Interestingly, loss of GARP led to the development of spontaneous lupus-like disease. Furthermore, in a lupus-prone model, loss of GARP exacerbated the lupus symptoms.

The Li lab compared the expression of GARP across different populations of B cells.

“If you look at GARP expression on B cells, usually it’s only expressed on activated B cells in the periphery. But in the gut, it looks like, even in the steady state, GARP is expressed,” says Li.

Because the gut is exposed to the environment, the gut-associated lymphoid tissue, and Peyer’s patches specifically, serves a critical role in surveillance of bacterial, viral, self and food antigens. Surprisingly, Peyer’s patch B cells have an increased level of GARP expression, likely needed to regulate the activation of these B cells. When GARP was depleted from these cells, there was increase in B cell proliferation and activation. Taken together, the Li lab found that the GARP:TGF-beta pathway in the gut is probably more important than any other tissue.

The work demonstrated the importance of this pathway in lupus and especially the gut, but the GARP:TGF-beta axis is likely a key regulator of peripheral B cell tolerance in preventing all autoimmune disease. Follow-up studies will closely examine how the GARP:TGF-beta axis functions in patients with autoimmune diseases, such as systemic lupus erythematosus (SLE), scleroderma and rheumatoid arthritis, to see whether this pathway is indeed as important as they found it to be in their lupus model system. Early evidence suggests that is exactly the case. Over the long term, the Li lab is highly interested in pursuing the GARP:TGF-beta pathway as a potential therapeutic target to treat autoimmune diseases.

Monitoring the levels of GARP on B cells may provide a very useful diagnostic marker for autoimmune disease. Moreover, this pathway, specifically GARP, may be a potential future therapeutic target for treatment.

The Medical University of South Carolina