A team of researchers in Spain show for the first time the complete epigenome of chronic lymphocytic leukaemia, the most common type of leukaemia. 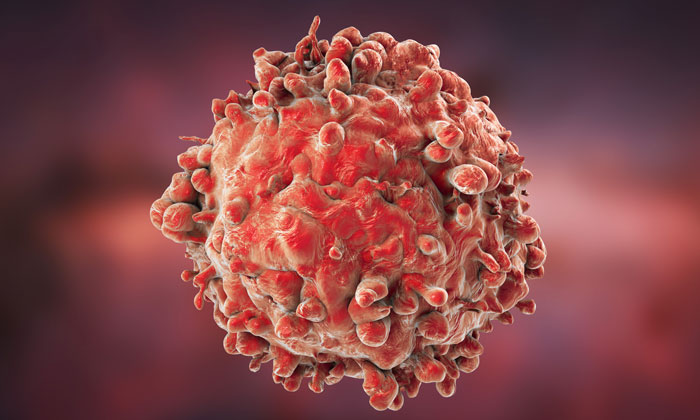 Scientists from the University of Barcelona (UB), August Pi i Sunyer Biomedical Research Institute (IDIBAPS) and Hospital Clínic Barcelona conducted a study that elucidates a high-resolution map of the functions of the genome for leukaemia, moving a step further in cancer molecular research.

The comparison of the map for this type of leukaemia with the map of healthy cells shows hundreds of regions that change their functionality in leukaemia, enabling scientists to better understand the illness and highlighting potential targets for the development and application of new therapies.

The study was led by the UB lecturer Iñaki Martín-Subero, head of the Biomedical Epigenomics research group in IDIBAPS, and member of the team led by Elias Campo, professor at the UB, director of IDIBAPS and research director in Hospital Clínic. The first signer of the article is Renée Beekman, researcher in the same group.

In recent years, leukaemia molecular studies – as well as other types of cancer – have focused on molecular analysis with only one data layer, which provided a partial vision but did not allow researchers to create a precise map on the functions of the genome.

“This study has no precedents in cancer genomic research and it emphasises the importance of bringing different molecular data layers for a better understanding of the illness”, says Elias Campo.

The researchers of this current study previously published the sequencing of the genome and methylome in leukaemia. This new study completes the molecular description of the disease, providing a detailed map of the functioning of the leukaemia genome. Iñaki Martín-Subero notes that “knowing the genome sequencing is not enough to know how it works; in order to know its functions and its regulation we need an analysis with multiple epigenetic layers”.

One of the biggest challenges is the computational analysis of big data. With the collaboration of the Barcelona Supercomputing Center, researchers could access the requisite high precision calculations to carry out this complex analysis. Renée Beekman commented: “the most important challenge we had to face once the data was ready was to analyse and add so many data layers and to distil information that can help us to understand leukaemia better. It’s been three intense years of computer analysis to finally complete the functional map of leukaemia”.

Researchers were able to precisely identify those areas with specific functions. Furthermore, the dark areas of the genome – previously termed ‘junk DNA’ – lit up, demonstrating many essential areas for the genome to work. According to Martin-Subero, “in a similar way to that of a geographical map, where there are urban areas, mountains, rivers, etc., we could map for the first time the complete map of the functions of the genome in leukaemia, defining active genes, inactive genes, areas without genes but which control the expression, big inactive deserts in the genome, among others. We identified a total of twelve different functions in the map of the genome”.

Aside from studying cells in leukaemia, researchers compared these to healthy cells. Renée Beekman states that “we could see how the leukaemia map changes compared to the healthy cell map, and how leukaemia are able to create an efficient molecular infrastructure to grow with no control. Metaphorically speaking, where there was a desert, there are now industrial areas created by cancer cells”. Iñaki Martín-Subero adds that “we even found that only three protein families seem to be in charge of this change. In the lines of that metaphor, it’s as if three companies were in charge of building and maintaining all industrial areas”. This is an important aspect in the study, since the action of these three families of proteins can be inhibited by drugs that are still under development. In this sense, Elias Campo notes: “this may be the most important translational aspect in the study, since it offers a therapeutic perspective through which functional alterations in leukaemia can be reverted”.

“This complete map allows us to understand leukaemia at a molecular level and it also offers a great source of information to other researchers, in order to translate findings into a better treatment and better life quality for the patients”, concludes Iñaki Martín-Subero.

The study was carried out within the context of the European Commission Blueprint for the study of the epigenome and the Spanish Chronic Lymphocytic Leukaemia Genome Consortium, in which a total of 51 researchers from twenty-three different institutions of six different countries have taken part.