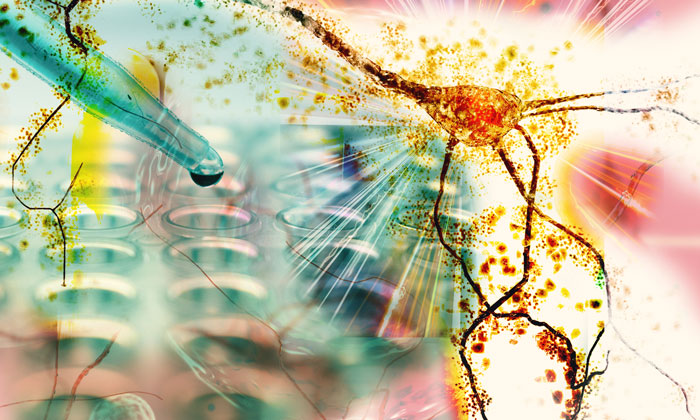 The research focuses on a specific microRNA whose levels were found to decrease as a result of ALS-causing muscular mutations. The study highlights, for the first time, the importance of toxic muscle-secreting molecules in the pathology of ALS.

The study was led by Dr. Eran Perlson of the Department of Physiology and Pharmacology at TAU’s Sackler Faculty of Medicine and conducted by TAU doctoral students Roy Maimon and Ariel Ionescu, in collaboration with Dr. Oded Behar of Hadassah Medical Center in Jerusalem.

“While we are not claiming we have found the cure for ALS, we have certainly moved the field forward,” Dr. Perlson said.

Researchers have been hard-pressed to understand the specific underlying mechanisms of ALS. Some have focused their efforts on the metabolism of microRNAs (miRs), small molecules that regulate the translation of proteins and play an important role in many other cellular processes.

Recent work has demonstrated that the alteration of miRs is involved in many neurodegenerative diseases, including ALS. The TAU study identifies a new mechanism related to ALS pathology, in which the muscle secretes toxic molecules that kill axons and neuromuscular junctions and by that leads to muscle atrophy. It also found reduced levels of one specific miR — miR-126-5p — in ALS models, which cause elevations in the toxic molecules, such as the axon-destabilizing type-3 Semaphorins and their co-receptor Neuropilins.

According to Dr. Perlson and his team, this new miR could one day be harnessed to treat ALS patients.

From microchips to mice

“We demonstrated in lab work and on mouse models that we can successfully ameliorate ALS symptoms using this miR as a potential drug,” Dr. Perlson said. “We further demonstrated that muscle tissue — not only motor neurons — are undoubtedly involved in the progression of ALS. This point is particularly important, as it contradicts other theories in the field.”

Dr. Perlson and his team worked on primary motor neuron and muscle tissue samples grown in silicon microchips to model the human motor unit. They discovered that genetic manipulation of the novel miRNA significantly slowed the neuron degeneration process.

The team subsequently harnessed transgenic ALS mouse models, injecting these with a virus carrying the novel miR126-5p, and found that the mice had recovered significantly. Muscle atrophy, neuromuscular function and ability to walk, all basic features of the disease, showed significant improvement.

“We found that the specific overexpression of miR126-5p was beneficial for both axon degeneration and NMJ disruption in vivo in ALS mice models,” Dr. Perlson said. “We were able to pinpoint the fact that alterations in miR126-5p facilitate motor neuron degeneration.”

The team next plans to conduct a comprehensive study involving other, nonmuscular tissues that are damaged by ALS. “We hope that our new knowledge will be used as a base for future drug development for ALS patients,” Dr. Perlson said. “Not only is the specific miR important here; the approach is also extremely important. Sometimes a nonconventional treatment is the right course of treatment.”

The study is published in the Journal of Neuroscience.