New evidence sheds light on how Parkinson’s disease may happen

Researchers at Baylor College of Medicine and Texas Children’s Hospital have identified unexpected new key players in the development of an early onset form of Parkinson’s disease called Parkinsonism. 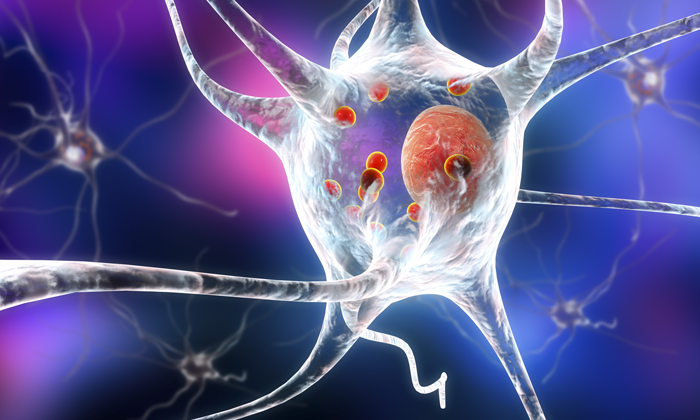 These key players are ceramides, a family of lipid molecules that are found within cell membranes. The researchers propose that ceramides are the linchpin that connects previously identified cellular defects and genes independently known to be associated with Parkinson’s disease and suggest a mechanism that can lead to the condition. The findings, published in the journal Cell Metabolism, could result in novel strategies to prevent or treat the condition in the future.

“Numerous genes have been associated with Parkinson’s disease or Parkinson-like diseases; nevertheless, there is still little understanding of how these genes cause these conditions,” said corresponding author Dr. Hugo Bellen, professor of molecular and human genetics and neuroscience at Baylor College of Medicine and an investigator at the Howard Hughes Medical Institute.

“In this work, we have identified new contributors to the disease that we propose can provide a connection between previously unconnected genes and cellular defects observed in these diseases.”

“When I joined the laboratory of Dr Bellen, I decided to work on the human PLA2GA6 gene. Mutations in this gene cause neurodegenerative disorders, including Parkinsonism,” said first author Dr Guang Lin, postdoctoral associate in molecular and human genetics at Baylor. “The PLA2G6 gene encodes a phospholipase, an enzyme that modifies a type of fats called phospholipids. Phospholipids are major building blocks of our nervous system, but they have not been well characterised. We thought that we ought to investigate what this phospholipase was doing in these diseases.”

Lin and his colleagues developed a fruit fly model of the human condition by knocking out the fly equivalent of the human PLA2GA6 gene, called iPLA2-VIA, which the researchers determined is expressed in neurons and probably other types of cells. These mutant fruit flies lived about one third of the lifespan of normal flies and presented with cellular characteristics similar to those observed in humans with mutations in PLA2G6 gene.

“Confirming previous results by other researchers, we also observed that fruit flies without the iPLA2-VIA gene were healthy when they were young and presented with age-dependent neurodegeneration,” Lin said.

In addition, the researchers looked for the first time at the effects of the mutation on two other measurements: bang sensitivity and the workings of the visual system. Bang sensitivity refers to the response of the fruit flies to mechanical stress. They observed that while normal fruit flies have no bang sensitivity, meaning they recover immediately from impact, flies lacking iPLA2-VIA gene take longer to recover; they were paralysed for some time after the impact, indicating problems with their nervous system.

To determine the workings of the visual system, the researchers conducted electroretinograms to measure the electrical responses of photoreceptors, neurons that sense light, in the eyes at different times during the life of the adult fruit flies. They found progressive loss of electrical activity in the mutant flies, findings that once again show a defect in the nervous system of these flies.

“We further carried out electron microscopy studies to take a closer look at the structure of neurons. We discovered that in the sick flies, the photoreceptors had many inclusions, lump-like structures, in their membranes, which are a symptom that something is wrong. The inclusions were absent in normal cells,” said Bellen, who also is a member of the Jan and Dan Duncan Neurological Research Institute at Texas Children’s Hospital. “We also found structural malformations in most of the mitochondria, which is often a feature of Parkinson’s disease, as well as dramatic enlargement of lysosomes, intracellular structures involved in the recycling of membranes and other cellular components. Altogether, these results indicated that the iPLA2-VIA gene is important to maintain proper membrane structure and shape.”

Then, what was abnormal?

The researchers looked at many types of lipids and found that the amounts of almost all the ceramides – lipids that are important for membrane structure and function – were increased in flies lacking the iPLA2-VIA gene. This suggested that the gene plays a role in the pathway that produces ceramides.

“We tested the effect of desipramine and myriocin, two drugs that block ceramide synthesis, on fruit flies lacking the iPLA2-VIA gene,” Bellen said. “As expected, both drugs led to decreased amounts of ceramides in the cells.”

Digging deeper into these results, the researchers looked into the processes cells use to reuse and to recycle ceramide-derived lipids present in cell membranes. Cells both reuse and recycle these lipids to keep a balanced supply in cell membranes. Cells reuse these lipids via intracellular trafficking mediated by the retromer. Retromers can identify these lipids, extract them before they are recycled and bring them back to membranes. Lipids that are not reused in this way are transported to the lysosomes where they are broken down into ceramides, which are then incorporated into membranes of the cells. The increased levels of ceramide stiffen the membranes. This further disrupts the function of the retromer, leading to more lipid shuttling to the lysosomes where they are broken down to produce more ceramides. This creates a positive-feedback loop that causes ceramides to accumulate and leads to neurodegeneration.

“These observations led us to predict that if retromers are defective, then lysosomes would have extra work and should expand, and this is what we observed,” Bellen said. “All the approaches we tested that improved retromer function also resulted in an improvement of the defects we observe in fruit flies lacking the iPLA2-VIA gene. Interestingly, mutations in the vps35 gene also cause Parkinson’s disease.”

Bellen and his colleagues confirmed these results in vertebrate neurons grown in the lab.

In addition, the researchers found that having high levels of alpha-synuclein, a hallmark of Parkinson’s disease in vertebrate neurons, leads to retromer dysfunction, lysosomal expansion and ceramide accumulation. Interestingly, these defects triggered by excess alpha-synuclein also were reduced by treatment with the same drugs that improved the defects observed in fruit flies lacking the iPLA2-VIA gene.

Altogether, this work provides new evidence suggesting connections between new and previously identified pieces known to be associated with the Parkinson’s disease puzzle and suggest a mechanism that can lead to the condition.

“We show that loss of phospholipase PLA2G6 leads to ceramide accumulation, defects in retromer function, progressive lysosome expansion and, finally, to progressive neurodegeneration with characteristics in common with those observed in Parkinson’s disease. And the same drugs that interfere with ceramide synthesis also ameliorate the condition. We also found a place for alpha-synuclein in the disease puzzle,” Lin said.

“We think that our work is important because it points to a potential mechanism leading to Parkinsonism and perhaps Parkinson’s disease,” Bellen said. “We propose that loss of phospholipase PLA2G6 or a reduction in Vps35 causes a disruption of retromer function that creates an insidious stress for the cell and is potentially at the root of these conditions. If retromer function is disrupted, neurons are not able to reuse some ceramide-derived lipids, and more of them travel to the lysosomes, which have to work harder over time and hence start expanding. Also, as ceramide-derived lipids are shuttled to the lysosomes to produce ceramides, the cell builds up ceramides, which redistribute to the cell membranes and membranes of other organelles, such as mitochondria, disrupting the membranes’ functions. We propose that the pathway becomes gradually and increasingly disturbed because of the stiffening of membranes by intercalating ceramides, which creates progressively more stress as well as mitochondrial dysfunction that eventually would lead to Parkinsonism and Parkinson’s disease in the long term.”