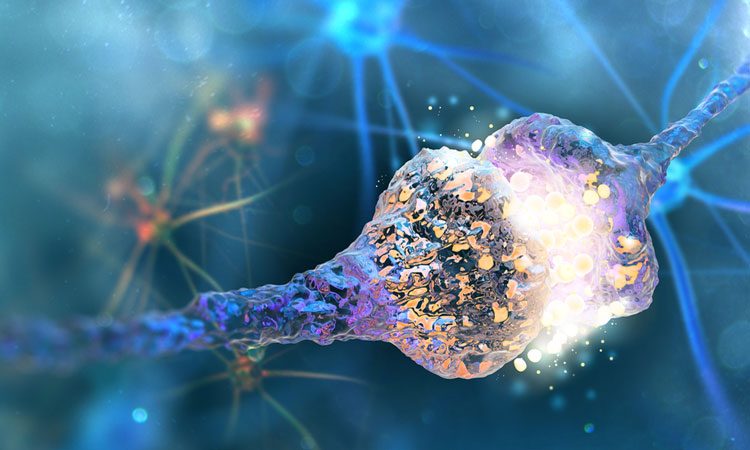 Scientists from Rockfeller University demonstrated that the protein ASTN2 helps to move molecules away from the membrane in a timely fashion. The researchers also proposed a method by which ASTN2 defects could lead to neurodevelopmental disorders such as autism.

Inside the brain, connections are vital, and in order to maintain these cellular associates, the membrane of a neuron expresses proteins and connects with cells. Proteins that linger on for too long may compromise the synapses between the cells.

Using neurotransmitters, neurons send messages to each other which in turn activate receptor proteins on the surface of neighbouring cells. As chemical communication is highly dynamic, receptors must also be dynamic – perpetually rotating on and off the membrane, ensuring a rapid response to incoming signals. This process requires ‘traffickers’ to nudge the receptors along.

Professor Mary Hatten demonstrated how the protein ASTN2 acts like a trafficker during cell migration in early development. Research Associate Dr Hourinaz Behesti proposed that the protein might play a role later in life – supported by the fact that ASTN2 has been identified in the adult brain. 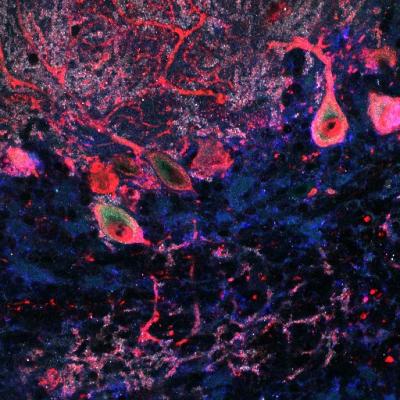 ASTN2 is naturally expressed by purkinje cells in the mouse cerebellum, pictured here. To better understand how the protein works, researchers increased levels of ASTN2 (green) in these cells. Credit: Laboratory of Developmental Neurobiology at The Rockefeller University.

The protein seems to be disproportionately expressed in the cerebellum – a brain region that receives information from the sensory systems and coordinates voluntary movements such as posture, speech and balance.

To help understand the function of ASTN2 in the adult brain, the researchers collaborated with researchers at Johns Hopkins University. They identified a family with multiple members with ASTN2 mutations and neurodevelopmental disorders including autism and language delays.

The team used a microscopy technique to determine where ASTN2 is expressed in the mouse cerebellum, identifying it in components of neurons responsible for moving the proteins around. They also identified a collection of molecules that attach to ASTN2. These binding partners were involved in synapse formation and protein trafficking.

When the expression of ASTN2 was increased, the level of its binding partners decreased. The researchers suggested that ASTN2 attaches to these proteins and then ushers them away from the membrane for degradation within the cell.

The team also worked with researchers at Duke University, observing how cells with heightened ASTN2 formed stronger synapses – hypothesising that decreased ASTN2 would yield the opposite effect.

“Our data suggest that people who have mutations in ASTN2 make less of the protein, which leads to slower or weaker synapses,” said Dr Behesti.

“People are just beginning to realize that the cerebellum isn’t just there to control movement and motor learning,” said Prof Hatten. “It has much more complex roles in cognition and language.”