The structure of the protein TRPM2, a possible drug target, has been revealed for the first time by researchers at Van Andel Research Institute… 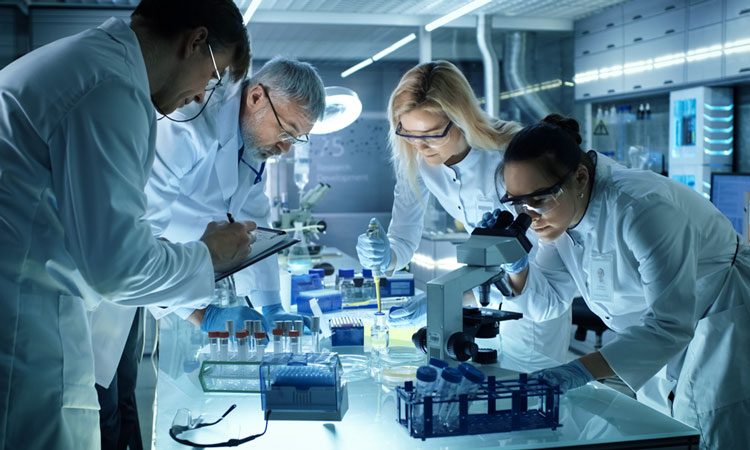 The atomic-level structure of TRPM2 has been revealed for the first time.

Researchers at the Van Andel Research Institute (VARI) revealed the structure as a promising drug target for Alzheimer’s and bipolar disorder.

The protein, TRPM2 is found throughout the body, and is involved in regulating core body temperature, mediating immune responses and governing apoptosis. Researchers mention that it can be activated by various stimuli, including oxidative stress, which results from chemical imbalances and is linked to neurological conditions.

“TRPM2 is absolutely critical for healthy function but, until today, we were missing key insights into its structure and mechanism of action,” said Assistant Professor Juan Du at VARI and co-senior author on the study describing TRPM2’s structure. “It is our hope that these findings will act as a schematic for designing better and desperately needed medications for a host of neurological conditions.”

Images of the protein at the atomic level show a bell-like structure, with a transmembrane domain region at the top, and an expanded NUDT9-H domain on the lip of the bell. The researchers also predict a novel drug binding site for ADPR, which is a messenger molecule associated with oxidative stress and metabolism. 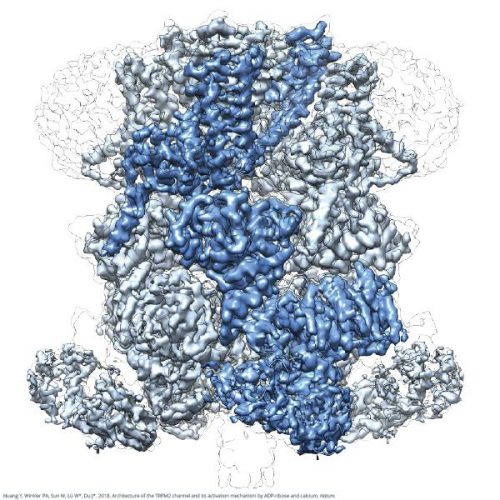 This is a cryo-EM image of TRPM2. Credit: Wei Lü and Juan Du.

“Although we have known for some time that TRPM2 is a vital component of many biological processes and a possible drug target, we didn’t know exactly what it looked like or how it worked,” said co-author and Assistant Professor Wei Lü. “Today’s findings change that, and go a long way toward a more comprehensive understanding of these incredibly important molecules.”

The protein TRPM2 belongs to the TRP superfamily, a group of proteins that mediate responses to sensory stimuli, such as pain, pressure, vision, temperature and taste. These types of proteins are broadly known as ion channels, and nestle within cells’ membranes, acting as gatekeepers for chemical signals passing into and out of the cell. The eight proteins that comprise the TRPM subfamily are part of this broader group.