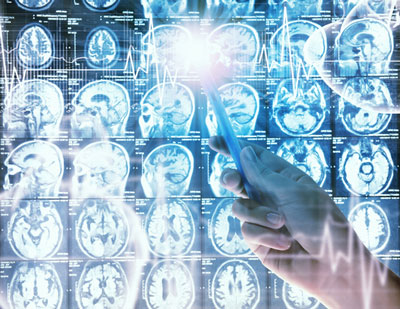 Novogen and the Feinstein Institute for Medical Research are to collaborate to develop effective treatments for brain cancers.

The collaboration brings together the drug discovery expertise of Novogen and the preclinical and clinical expertise of the Feinstein Institute in neurosciences and oncology.

At the heart of the collaboration is the Company’s super-benzopyran (SBP) drug technology platform distinguished by its ability to kill the full spectrum of cells within a tumour including both rapidly- and slowly-dividing cancer cells (tumour-initiating cells).

The three key areas of research will be:

TRXE-009 is a pan-acting anti-cancer cytotoxic molecule that is on track to enter the clinic in early-2016 for the treatment of solid and non-solid cancers. TRXE-009 will be delivered systemically in a way that the Company has confirmed in animal studies delivers the drug in a bio-available form in the bloodstream that delivers a potent anti-tumour effect on tumours growing outside of the brain. The task now remains to confirm that TRXE-009 can be delivered to brain cancer tissue in adequate amounts.

TRXE-009 has proven to be particularly effective in vitro against adult (glioblastoma) and paediatric (diffuse intrinsic pontine glioma; medulloblastoma) brain cancer cells marking it as a unique and highly promising drug candidate for the treatment of these cancers. The collaboration announced today is focused specifically on these tumours and the need to optimise the delivery of TRXE-009 to cancerous tissue within the brain.

Novogen CEO Graham Kelly PhD said today, “We are confident that we have found the drug that can successfully treat cancers arising in the brain as well as cancers that spread to the brain from elsewhere. The ability of TRXE-009 to kill brain cancer stem-like cells gives us particular confidence that we can finally kill off the root cause of any cancer within the brain.

“The proviso is that we can deliver it across the blood-brain barrier and that is something that we will not know with any certainty until we bring TRXE-009 into the clinic. The collaboration with the Feinstein Institute is designed to maximize that likelihood. If we can do that then we have a good chance of delivering breakthrough treatment options to adults and children with primary brain cancers and for patients with cancers such as melanoma that involve the brain and elsewhere.”

Using models developed in the laboratory by the Feinstein Institute the ability of TRXE-009 to treat various forms of human brain cancer will be studied using a variety of new approaches such as direct micro-injection into the brain (convection enhanced delivery) and intravenous administration with a range of constructs known to facilitate the transport of drugs across the blood-brain barrier some of which have been developed by Novogen chemists.

“Patients who suffer from brain cancer don’t have optimal therapies to turn to. By offering them new improved treatments we will give hope to patients who face a devastating disease.”