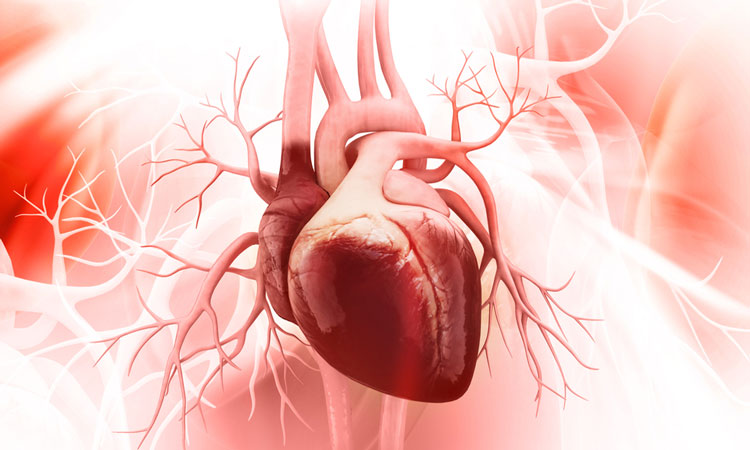 A team led by a Cedars-Sinai physician-scientist has discovered a biomarker – a protein found in the blood – for the most common type of heart failure.

Heart failure with preserved ejection fraction (HFpEF) affects more than 6.5 million Americans each year. And now, thanks to the discovery of the first-ever biomarker for HFpEF, a simple blood test can reveal whether a patient’s heart is not making enough of an important protein. If the protein levels are decreased, the biomarker signal increases and physicians will be able to diagnose heart failure sooner, prescribe corrective medicines and prevent further disease progression.

“By the time heart failure symptoms develop, the critical window for corrective therapy has typically closed,” said Dr Robin Shaw, the Wasserman Endowed Chair in Cardiology and Professor of Medicine at the Smidt Heart Institute at Cedars-Sinai and principal investigator on the study. “Our discovery allows us to not only diagnose the disease sooner, but also to treat patients before that critical period of early intervention for lifesaving care has closed.”

Heart failure with preserved ejection fraction is a condition where the heart can contract, but has problems relaxing – limiting the heart’s ability to fill with blood between each beat – and therefore lowers the amount of blood moving forward with each contraction. Prior to the discovery of the biomarker, clinicians had to wait for patients to have symptoms to make a diagnosis of HFpEF and had to use an echocardiogram that measured how well the heart relaxed. There was no method to gauge the health of the heart muscle before symptoms developed or determine the severity of disease once symptoms were present.

The biomarker – named cBIN1 Score, or CS for short – allows doctors to measure muscle deterioration and measure a protein that regulates the heart’s ability to both contract and relax. As the protein decreases, CS increases, serving as an indication of onset heart failure. The CS biomarker can be measured using a simple blood draw.

The CS biomarker is designed to be used in an outpatient clinic setting. For patients with known HFpEF, doctors can draw a CS level and use it to both guide current care, including medication adjustments, and predict the chances of a patient being admitted to the hospital in the next 12 months.

“More broadly, this discovery will allow the most at-risk patients – including older patients and patients with high blood pressure, diabetes or dyslipidemia – to be checked during an annual exam from their primary care physician,” said Dr Eduardo Marbán, director of the Smidt Heart Institute. “This pivotal research has the potential to impact millions of people and serve as a critical tool for preventive heart care.”

As next steps, Cedars-Sinai researchers plan on identifying specialty populations in which the CS biomarker could be useful, including sex-based differences, those who have undergone a heart transplant or valve replacement, as well as individuals with no known heart disease or risk factors.

The study was published in JAMA Cardiology.