DNA barcodes that reliably work: A game-changer for biomedical research 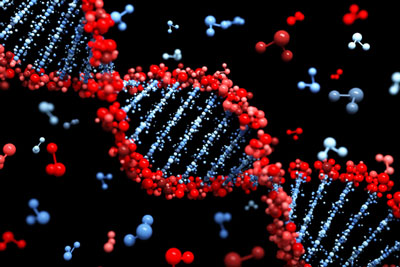 Researchers at The University of Texas at Austin have developed a new method for correcting the errors that creep into DNA barcodes, yielding far more accurate results and paving the way for more ambitious medical research in the future.

The researchers have applied for a patent and are making the method freely available for academic and non-commercial use.

With DNA barcodes, scientists can study how a cancerous tumour evolves, not just as a whole, but as a large collection of individual cells that evolve differently to reveal which cells are vulnerable to therapeutics and which aren’t. Scientists interested in growing replacement organs for injured or sick people can use DNA barcodes to better understand how organs naturally develop. And researchers looking to screen millions of potential drugs to find one that binds to a certain molecule, and thus has the potential to treat a disease, can use DNA barcodes to find the proverbial needle in a haystack.

“DNA barcodes are a part of a great deal of cutting-edge research in medicine and drug development, and to be able to improve the accuracy and efficiency of so many of these is very exciting,” said Hawkins. “And maybe even more exciting is that now with these better barcodes, this allows us to have larger, more ambitious experiments that weren’t possible before.”

A DNA barcode contains a short string of letters that equates to a unique code, using the four letters found in DNA: A, C, G and T. These barcodes are stuck onto molecules, such as cellular proteins or drug candidates, as a way of keeping track of where they all go, sometimes by the millions, and how they interact with other molecules. About one-tenth of the time, however, errors occur — such as one letter being replaced by the wrong letter, an extra letter being inserted, or a letter being deleted — potentially skewing the results of critical biomedical research.

One of the keys to this new error-correction method is to select just the right barcodes from the beginning. This method involves choosing a string of letters for each barcode such that even if a small error creeps in — say, a G is substituted for a C — it will still be more like the intended barcode than any other. The method requires throwing out many possible strings of letters, but the researchers minimised this loss by borrowing an approach from computer science called sphere packing.

“My contribution has been designing a way to find those barcodes such that even if there is an error in it, you know which original barcode it came from,” Hawkins said.

Alternative error-correcting methods for DNA barcodes, such as what are known as Levenshtein codes, require throwing away up to 100 times as many barcodes as with theFREE (filled/truncated right end edit) method, and they are up to 1,000 times slower to decode the results. As a result, whereas existing technology made projects with hundreds of millions of barcodes nearly impossible, the new technology allows for rapid, accurate results.

The method is published in the journal Proceedings of the National Academy of Sciences.

University of Texas at Austin