A reversal agent that sustains immediate relief from the side effects of ticagrelor stopping major bleeding, such as gastrointestinal hemorrhage… 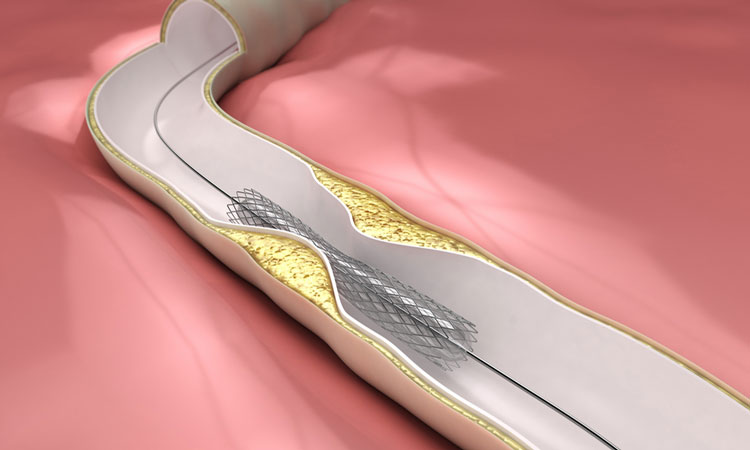 In patients with acute coronary syndromes, coronary artery stenting, or a history of prior heart attacks, antiplatelet therapy can be lifesaving. Ticagrelor, in combination with aspirin, is commonly prescribed for patients to help prevent blood clotting and subsequent cardiovascular events. But ticagrelor increases these patients’ bleeding risk, and its effects linger even several days after a patient stops taking the medication. This is an important concern for patients who are at risk for major bleeding, such as intracranial or gastrointestinal hemorrhage, and for patients who may need urgent or emergency surgery. Currently, no fast-acting agent is available to reverse the effects of ticagrelor.

In a randomised, double-blind, placebo-controlled, Phase I study of healthy volunteers, a group led by Dr Deepak L. Bhatt, Executive Director of Interventional Cardiovascular Programs at the Brigham and professor of medicine at Harvard Medical School, reported promising results on a potential reversal agent. Dr Bhatt and his colleagues’ findings suggest that this agent, known as PB2452, provides immediate and sustained reversal of ticagrelor’s effects.

“Ticagrelor is a very effective agent and recommended as a first-line therapy, but if a patient experiences severe bleeding or needs an urgent or emergent procedure, we face a major challenge,” said Dr Bhatt, the lead author of this work. “Having a reversal agent that could quickly and effectively work would represent an important advancement for the field.”

PB2452, developed by the study’s sponsor, PhaseBio Pharmaceuticals, Inc., is a monoclonal antibody fragment that binds ticagrelor with high affinity. In the study, 64 healthy volunteers between 18 and 50 years of age who had been pretreated with ticagrelor received various doses of intravenous PB2452 or a placebo. The team evaluated the effectiveness of PB2452 by analysing platelet function using several methodologies.

There were no serious adverse events or infusion reactions associated with PB2452. There was a total of 30 treatment-emergent adverse events (27 among those who received PB2452 and three among those who received placebo) that were mainly limited to infusion site issues. The team notes some limitations to the study, including that participants were healthy volunteers, not patients with atherosclerosis, and that the sample size was relatively small.

The results were presented at a Featured Clinical Research session at the American College of Cardiology’s 68th Annual Scientific Session and simultaneously published in The New England Journal of Medicine.