Researchers have extended the life of heart segments from 24 hours to six days, enabling pre-clinical trials to experiment on these new models for longer periods of time. 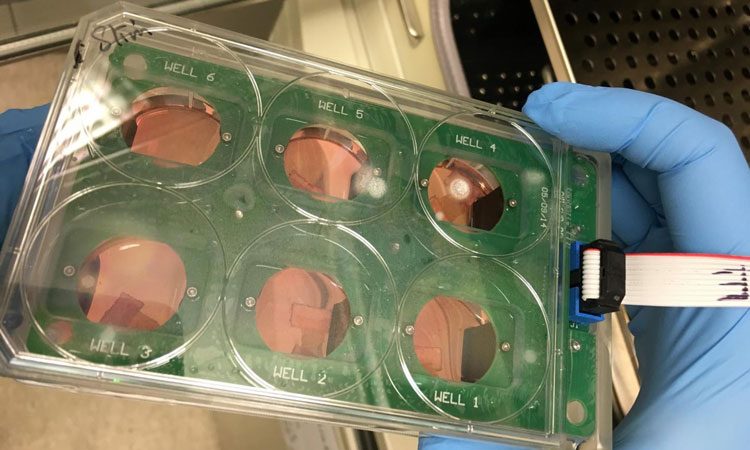 An easily reproducible system that enables scientists to keep slices of human hearts alive for longer has been developed, allowing more extensive testing of new drugs and gene therapies.

This new biomimetic culture system mimics the environment of a living organ through continuous electrical stimulation and oxygenation, maintaining viability and functionality of the heart segments for six days. As the previous timescale was no more than 24 hours, the developers say the extended time will enable improved pre-clinical testing of new drugs for effectiveness and toxicity.

“This new method maintains fully functional human heart slices for six days in the culture environment,” said Dr Tamer M A Mohamed, from the University of Louisville, who led the research. “This facilitates testing efficacy of heart failure therapeutics and cardiotoxins on human heart tissue with no need for a living human.”

The system provides access to the complete three-dimensional multicellular system that reflects the heart’s functional and structural condition in a living person.

“This system will save time and costs of clinical trials during Phase I research, which includes testing for toxicity and proof of efficacy,” Mohamed continued. “In addition to drugs, we have demonstrated the system’s effectiveness in testing gene therapy.”

The study, ‘A Physiological Biomimetic Culture System for Pig and Human Heart Slices’ was published online in Circulation Research, a publication of the American Heart Association.