ESCMID advocates the need for greater education, guidance and research on the build-up, treatment and prevention of biofilms… 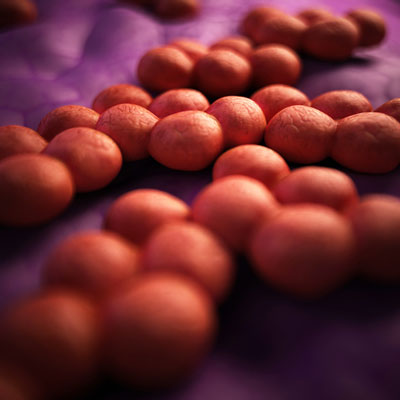 The European Society of Clinical Microbiology and Infectious Disease (ESCMID) advocates the need for greater education, guidance and research on the build-up, treatment and prevention of biofilms, which contribute to antimicrobial resistance.

In May 2015, the ESCMID Study Group for Biofilms (ESGB) addressed this issue and published the first clinical guidelines for the diagnosis, prevention and treatment of biofilm infections in ESCMID’s official journal Clinical Microbiology and Infection.

Biofilms are aggregated, sessile communities, formed from groups of microorganisms that persist in the environment and in chronic infections. Biofilms can form on the surfaces of implanted devices or even on teeth as dental plaque, but also in the mucus of cystic fibrosis patients and in the wound bed of chronic wounds. Aggregates of microorganisms begin to form by sticking to materials or each other within dead human tissues or other host components using weak van der Waals interactions. However, stronger, more permanent anchors are put in place if the initial colonists are not removed quickly enough (sometimes hours). Ultimately, this can lead to the biofilms harbouring severe infections that are difficult to treat.

In particular, the build-up of biofilms is a significant area of concern for hospitalised patients as they may contain almost all of the multi-drug resistant microorganisms, which are most frequently isolated in hospital environments and are responsible for a wide variety of healthcare-associated infections (HAIs).  According to the European Centre for Disease Prevention and Control, approximately 4,100,000 patients acquire an HAI in European hospitals each year, of which 37,000 cases are fatal. It is estimated that as many as 65% of these infections are associated with the ability of bacteria and/or fungi to form biofilms, especially when medical devices are involved.

ESCMID implores education and research sharing is key to preventing and treating biofilms. In the guidelines, recommendations are given for the appropriateness of the collection of samples and the use of the most reliable detection methods of biofilms. The guidelines also evaluate the antibody response to the biofilm and offer guidance on susceptibility testing of antibiotics. ESCMID hopes these useful indications will improve the diagnosis and treatment of biofilm infections as well as the monitoring of treatment effectiveness by clinical microbiologists and infectious disease specialists.

“Biofilms are becoming an increasing problem both for medical device manufacturers and more crucially within clinical settings themselves. We are hoping that by publishing the guidelines and encouraging collaboration between research groups across Europe, there will be earlier diagnosis and more efficient treatments of biofilms in the future,” said Professor Thomas Bjarnsholt, Chairperson of ESGB, Copenhagen University Hospital, Clinical Microbiology.

Due to their complex structure, these microbial communities have increased tolerance to antibiotics, making them harder to remove. Alternative approaches (over conventional antibiotic therapies) are now emerging for preventing and treating biofilms, such as manipulating enzymes to inhibit biofilm development, disrupting mature biofilms or even modifying biomaterials used in medical devices to avoid biofilm growth. Coatings such as silver, furanones and silica nanoparticles with quaternary ammonium silanes (QAS) are also proving able to prevent in vitro biofilm formation, by enhancing the inhibition of bacterial adhesion – in vivo developments are still underway.

Bjarnsholt added “There are many studies in progress with the aim to limit the presence of biofilms. A constant effort in this area by research groups dedicated to the study of biofilms may lead to safe, anti-biofilm therapies without collateral damage and superior to the current antibiotic treatment.

“A recent breakthrough from the University of California San Diego, showed that manipulating the peripheral cells of biofilms to produce their own metabolites (and hence reducing their reliance on the metabolite-producing inside, protected cells) caused them to intake all the food and starve the inside cells, which previously could not be killed by antibiotics. This ‘hunger games’ study represents a great progression in finding new ways to tackle the growth of biofilms.”

ESMID has said it is important to increase connections with the pharmaceutical industry to take a more holistic view of the problem and target the three contributing factors to biofilms: increased antibacterial resistance, anti-biofilm compounds and medical device refractory. Increasing abuse and misuse of antibiotics across the last decades has contributed to the higher risk of biofilms we currently face. This, together with the failure to comply with the best clinical practice, has contributed to the spread of multi-drug resistant microorganisms.