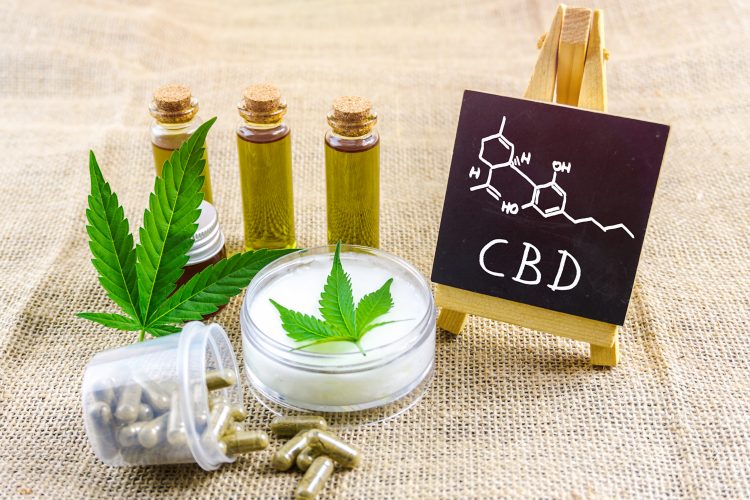 Researchers suggest cannabidiol (CBD) may help reduce the cytokine storm and excessive lung inflammation that is killing many patients with COVID-19.

While more work is needed before CBD becomes part of the treatment for COVID-19, including clinical trials to determine optimal dosage and timing, researchers say they have early evidence that CBD could help patients showing signs of respiratory distress avoid interventions like mechanical ventilation and death from acute respiratory distress syndrome (ARDS).

“ARDS is a major killer in severe cases of some respiratory viral infections, including SARS-CoV-2 and we have an urgent need for better intervention and treatment strategies,” said Dr Babak Baban, immunologist and interim associate dean for research at Dental College of Georgia at Augusta University, US, and corresponding author of the study published in the journal Cannabis and Cannabinoid Research.

The study’s co-author Dr Jack Yu, physician-scientist and chief of paediatric plastic surgery at the Medical College of Georgia at Augusta University, US, explained that their experiments indicate pure CBD can help the lungs recover from the cytokine storm caused by the COVID-19 virus and restore healthier oxygen levels in the body.

SARS-CoV-2, the virus causing COVID-19, is problematic to research because of its highly contagious nature; therefore, the team said studies of the virus are limited to only a few labs in the US. In order to safely study the effects of SARS-CoV-2 and other similar viruses the team worked on a lung model that duplicates the damage caused by ARDS. The mouse model itself is relatively inexpensive and safe, said the scientists.

The mice had classic symptoms of ARDS, including the overwhelming, destructive immune response. The team reported that administering CBD to the mice significantly downregulated classic indicators of the excessive immune response, like pro-inflammatory cytokines. The result was improved oxygen levels in the blood and the lungs recovering the structural damage caused by ARDS.

The team said the overactive immune response that damages the lungs causes a change in the function of the lungs, where they become a breeding ground for the virus, rather than operating to transfer oxygen to the blood and remove accumulating carbon dioxide and other waste products from the circulation. While mechanical ventilators can compensate for this, evidence suggests around 30-50 percent of patients who get to the point of mechanical ventilation, do not survive.

The cytokine storms which are a characteristic feature of the excessive immune response launched to combat COVID-19 contain large amounts of pro-inflammatory molecules like interleukins IL-6 and IL-1β, as well as immune cells like neutrophils and monocytes. The team used the levels of pro-inflammatory cytokines and oxygen levels in the blood before and after treatment, as well as temperature (an indicator of inflammation) to assess whether CBD had any therapeutic effect in mice with ARDs. 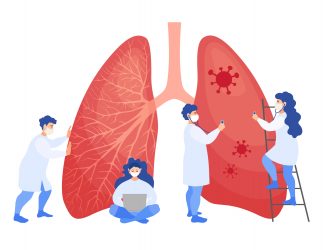 According to the team, oxygen levels went up, while temperatures and cytokine levels went down with CBD therapy. Days later, a more detailed analysis of the lungs, reinforced reduction of key indicators of destructive inflammation, which their model, like the virus, drove way up including reduced levels of IL-6 and infiltrating neutrophils.

In fact, both clinical symptoms and physical lung changes resulting from ARDS were reversed with CBD treatment, they said.

Their model was created with the help of a synthetic analogue of double-stranded RNA called POLY (I:C). In coronaviruses, the double-stranded RNA carries the genetic material needed to reproduce the virus and hijacks the cell machinery of our body to do that, double-stranded RNA is not typically found in the body and so gets the immediate and extreme attention of toll-like receptor 3 (TLR-3), a family of receptors that enable the body to recognise viruses and activate the innate immune response. The same is true for POLY (I:C)

Mice received three, once-a-day doses of POLY (I:C) in the nasal passageway. CBD was given by a shot in the abdomen, the first dose two hours after the second POLY (I:C) treatment, then every other day for a total of three days in a process that sought to mimic mice getting treatment about the time a human would begin to experience trouble breathing and likely seek medical care. Given too early, CBD might interfere with a proper immune response against the virus, Yu said.

Their initial studies suggested CBD quickly improved the clinical symptoms, then their later, more detailed studies of the lungs showed that damage to their structure, like tissue overgrowth, scarring and swelling, had also totally or partially resolved, said Baban. He also explained that the next steps will be doing similar studies on other organs impacted by COVID-19 including the gut, heart and brain.

CBD is thought to quell the immune response because it looks similar to endocannabinoids, a natural cell signalling system in our bodies believed to be involved in a wide variety of functions from sleep to reproduction to inflammation and immune response. The main receptors for this system, CB1 and CB2, are found extensively throughout the body including the brain and respiratory system. While understanding the workings of the natural endocannabinoid system is still very much a work in progress, it is thought that CBD can act upon these receptors.