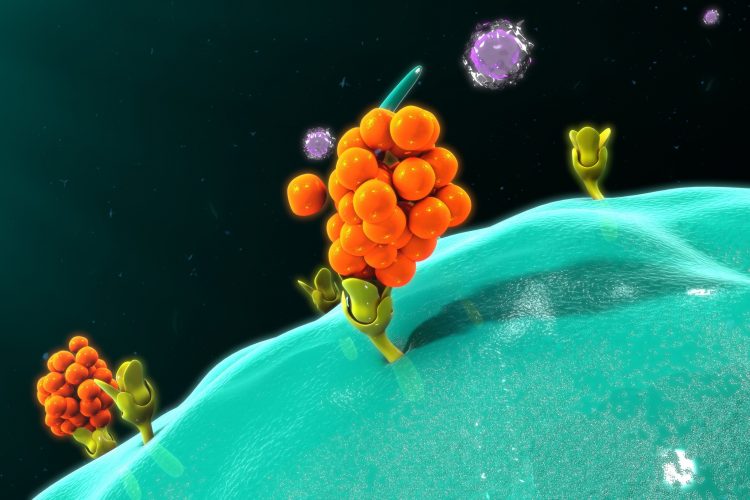 Collaborative research has produced a novel drug that can combat inflammation and could be used to fight COVID-19, among other acute respiratory illnesses.

Acute infections, such as H1N1 influenza and COVID-19, can cause an inflammatory response called a cytokine storm, where an unregulated flood of cytokines is released into the body in reaction to the immune system being overwhelmed by infection. Cytokines in low concentrations help the body fight infections, but in the concentration released during a cytokine storm can cause collagen degradation and tissue damage. Types of damage include holes in the lung tissue, vascular damage and blot clots, with the most acute cases causing death.

In order to combat this the University of Toronto’s Faculty of Dentistry, Canada, and the National Jewish Health, US, collaborated to develop a new drug, called TAT CARMIL1.

TAT CARMIL1 is a combination of two naturally occurring peptides: a) TAT, a peptide vehicle for b) CARMIL1, a peptide that intracellularly blocks the production of a pro-inflammatory cytokine called interleukin 1 (IL-1). Together they can penetrate cell membranes and dampen the acute inflammatory response.

In the ex vivo study, published in Cell Reports, the peptide reduced collagen degradation by up to 43 percent. If deployed early enough, the researchers say the peptide could allay some of the worst damage caused by acute inflammatory responses.

Study co-author Dr Greg Downey, pulmonologist, professor and executive vice president of academic affairs in the Department of Medicine at the National Jewish Hospital, said: “There are a lot of people looking at these areas, but this study gives the first indication of how these CARMIL proteins are involved with this pathway.”

The team also revealed the TAT CARMIL1 peptide is unique because it is highly specific in how it enters cells. In order to enter a cell, the drug targets two cell surface receptors – sticking to both the cell’s surface and where the cell adheres to other cells (its cell substrate).

“The two receptors necessary for it to work supplies an unusual level of specificity,” explained Chris McCulloch, professor at the Faculty of Dentistry and a co-lead of the study. “We think the unusual nature of this pathway might restrict its side effects.” That could make the peptide an unusually strong candidate as a potential drug.

The team now intends to test the peptide in in vitro models. The authors of the study also suggest this peptide could be combined with other drugs, such as those for cancer or arthritis, to become useful against a variety of types inflammation in future.

Downey concluded that more work needs to be done, as this study indicated the cytokine storm-stopping peptide is most effective when it is applied as an early intervention. Which, according to Downey, is impractical: “In the clinical world the reality is that you do not have that luxury.”