A novel CRISPR system that suppresses genes related to adeno-associated virus (AAV) antibody production has been developed to prevent immunity against the gene therapy. 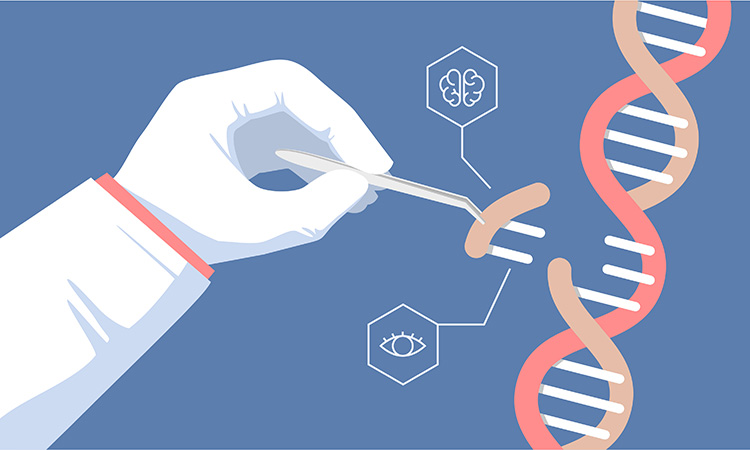 Researchers have created a new CRISPR system that suppresses genes related to adeno-associated virus (AAV) antibody production so that the virus can deliver its cargo unimpeded.

According to the researchers from the University of Pittsburgh School of Medicine, US, gene therapy generally relies on viruses, such as AAV, to deliver genes into a cell. In the case of CRISPR-based gene therapies, molecular scissors can then snip out a defective gene, add in a missing sequence or enact a temporary change in its expression, but the body’s immune response to AAV can thwart the whole endeavour. The new system aims to improve upon this issue.

“Many clinical trials fail because of the immune response against AAV gene therapy,” said study co-senior author Dr Samira Kiani, associate professor of pathology. “And then you cannot re-administer the shot because people have developed immunity.”

Kiani and her collaborator Dr Mo Ebrahimkhani, associate professor of pathology, set out to modify gene expression related to the body’s immune response to AAV. However this gene is important for normal immune function, so the researchers did not want to shut it down completely, but tamp it down momentarily.

The pair put their CRISPR system to use for altering the master switches that orchestrate genes involved in the immune response.

When the researchers treated mice with their CRISPR-controlled immune suppression system and then exposed them to AAV again, the animals did not make more antibodies against the virus. These animals were more receptive to subsequent AAV-delivered gene therapy compared to controls.

Beyond gene therapy, the study also showed that CRISPR-based immune suppression can prevent or treat sepsis in mice, highlighting the potential for this tool to be broadly useful for a range of inflammatory conditions, including cytokine storm and acute respiratory distress syndrome, both of which can crop up with COVID-19, although more studies are needed to engineer safety features.

“The main goal of this study was to develop CRISPR-based tools for inflammatory conditions,” said study lead author Farzaneh Moghadam, a PhD student in Kiani’s lab. “But when we looked at bone marrow samples, we saw that the group treated with our tool showed a lower immune response to AAV compared to the control group. That was very interesting, so we started exploring how this tool contributes to antibody formation against AAV and could potentially address safety and efficacy concerns with gene therapy trials.”