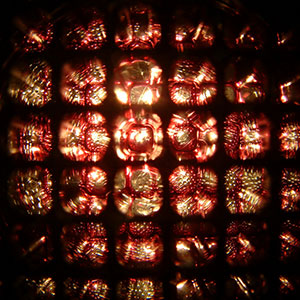 Astellas Pharma Inc. (“Astellas”; Tokyo: 4503; President and CEO: Yoshihiko Hatanaka) and Daiichi Sankyo Company, Limited (“Daiichi Sankyo,” President and CEO: Joji Nakayama) today announced the companies would form a compound library sharing partnership for approximately 400,000 selected compounds. The collaboration enables each party to promote innovative new medicine research and development. This is the first time that a compound library partnership of this scale has been formed in Japan.

Astellas and Daiichi Sankyo have compound libraries that are the basis for their drug discovery research, and through High Throughput Screening (HTS)[1], the companies can quickly and effectively search for potentially beneficial compounds to develop innovative new drugs. Extensive, diverse, and high-quality compound libraries, such as the joint Astellas/Daiichi Sankyo libraries, are crucial to successful drug discovery.

This partnership will give each company access to qualitatively different compound libraries—which have been developed based on the targeting disease strategies of each company—allowing both companies to implement broader HTS to generate innovative new drugs.

Under this partnership, Astellas and Daiichi Sankyo will exchange approximately 400,000 selected compounds, including a significant number of proprietary synthetic compounds, from their respective compound libraries. Beginning April 1, 2014, for a period of three years, both Astellas and Daiichi Sankyo will be able to implement broad HTS using the shared compounds without restrictions on targeted disease areas. In line with the partnership, each company will disclose sufficient information to allow the receiving company to implement HTS independently.

Astellas and Daiichi Sankyo have each set forth a corporate philosophy to contribute to the health of people around the world. Through this partnership, both companies aim to effectively utilize each other’s assets and knowledge beyond the framework of one pharmaceutical company, and accelerate open innovation while taking advantage of their own internal strengths to provide innovative new drugs.