Following a whole exome sequencing study, researchers have found that mutations in the SLITRK5 gene could be targeted by drugs to treat OCD. 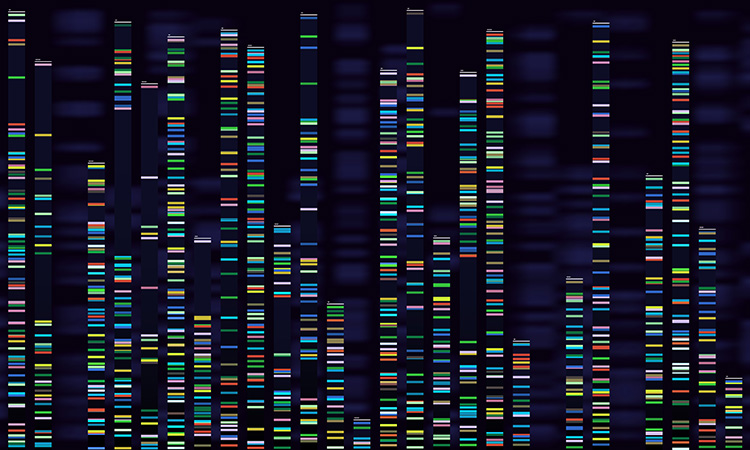 Researchers at Columbia University Vagelos College of Physicians and Surgeons, US, and several other institutions have linked distinct patterns of genetic mutations with obsessive compulsive disorder (OCD) in humans.

According to the researchers, the work confirms the validity of targeting specific genes to develop new OCD treatments and points toward novel avenues for studying this often debilitating condition.

“Many neurological diseases are influenced by strongly acting mutations which can cause disease by themselves,” said Dr David Goldstein, senior author on the paper. “These mutations are individually very rare but important to find because they can provide a starting point for the development of therapeutics that target precise underlying causes of disease.”

Most previous studies on the genetics of OCD have used a “candidate gene” approach, in which researchers focus on plausible genes that might be involved in pathogenesis and look for genetic signatures of risk. Although that approach has had some successes, it can lead to challenges in statistical interpretation and can miss unexpected genes. As a result, both funding agencies and the pharmaceutical industry increasingly focus on genome-wide analyses that can securely implicate genes in disease risk.

“The solution to the problem is to study all the genes in the genome at the same time and ask whether any of them have significant evidence of influencing risk. That had not been done yet at scale in OCD,” said Goldstein.

The team used this genome wide approach, which uses high-throughput sequencing and computational biology techniques, to identify relevant genes anywhere in the genome.

The investigators looked at genes that encode proteins using whole exome sequencing in more than 1,300 OCD patients and compared them to similarly large control groups. The analysis showed a strong correlation between OCD and rare mutations, particularly in a gene called SLITRK5 that had been previously linked to OCD in candidate-gene studies.

The researchers expect that the new data on SLITRK5 will encourage pharmaceutical companies and translational researchers to develop drugs that target this gene. The study also identified a specific pattern of variation in other genes.

“When you look at genes that do not tolerate variation in the human population, those are the genes most likely to cause disease and with OCD, we see an overall increased burden of damaging mutations in those genes compared to controls,” Goldstein said. “That is telling us that there are more OCD genes to be found and where to find them.”