In this exclusive piece, Adrien Châtillon, Co-Founder and CEO of Actipulse Neuroscience, explores the future of treatment for diseases that impact mental health. 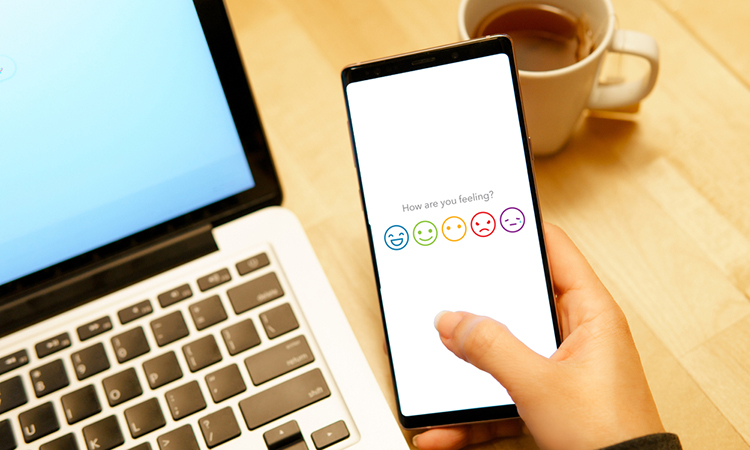 As much as we would wish for holistic wellbeing to be more present in the modern world, the statistics are not in our favour. According to 2022 Adult Prevalence of Mental Illness (AMI) data, nearly 20 percent of US citizens suffer from mental health disorders. This number reflects how essential it is to combine experts’ knowledge, recourse and experience to target this problem that COVID-19 rapidly intensified.

Here is how the newest state-of-the-art technologies address the mental health needs of modern populations.

With all of its negative connotations, electroconvulsive therapy (ECT) was traditionally a frequent treatment for those diagnosed with depression that was not responsive to other approaches. While the method may be useful in certain situations, the adverse effects on cognition and memory are frequently too severe for patients to handle.

Today, rather than using ECT to treat treatment-resistant depression, mental health providers now have the option of leveraging transcranial magnetic stimulation (TMS). This technology utilises magnetic fields to stimulate neurons in a beneficial, non-invasive way. The non-invasive magnetic pulses of TMS reduce the symptoms of depression without the use of medication or other intrusive treatments by targeting the specific parts of the brain responsible for mood control.

In practice, researchers from various US-based universities found that TMS can effectively treat veterans with major depressive disorder, including those with signs of post-traumatic stress disorder, according to a study of 700 US participants.

Ketamine, a once-banned substance, has recently been repurposed to treat depression and is now accessible to the public, ever for delivery. People are increasingly micro-dosing LSD to relieve anxiety caused by the pandemic and Wall Street is investing billions in companies that market mind-altering pharmaceuticals.

Although illegal in many countries, psychedelics have started to garner more and more government support, as they have proven effective when appropriately dosed. There is mounting research indicating that chemicals like psilocybin, MDMA, DMT and cannabidiol (CBD) can assist in treating mental illness that has not responded to conventional drug treatments when used in a controlled context and accompanied by professional care.

For example, the Australian government has shown its support for psychedelics by granting nearly $15 million for innovative mental clinical trials. They believe that the funds invested in research will potentially deliver ground-breaking treatments for those suffering from chronic mental illnesses such as significant depression with alcohol use, anorexia nervosa, PTSD and anxiety disorders.

In fact, the largest amount, totalling more than $3.8 million, will go to a University of Melbourne research team for a trial of MDMA-assisted psychotherapy for treatment-resistant social anxiety in young adults with an autism spectrum disorder.

However, regulatory issues may present a barrier to greater adoption. Several countries across the world are known for their firm anti-drug stance, such as Mexico. For the foreseeable future, these countries and many others will be unwilling to invest time and resources in new regulatory frameworks even if relevant research is supplied, since they see psychedelic-based medications as inherently unethical.

Technology may be a helpful first step for those who have previously avoided mental health treatment. Consumers are turning their mobile devices into pocket therapists, be it with meditation platforms such as Headspace and Calm, or with telemedicine services, including Klara and Steth IO.

There is even an artificial intelligence (AI)-based platform called Quartet that identifies at-risk patients by assessing medical records, adjusting mental health paths and suggesting professional help if needed. Moreover, mental health bots are gaining popularity. Woebot, Moodkits and Moodnotes are the most popular on today’s market. They employ cognitive behavioural therapy (CBT) and various strategies to assist individuals in improving their mental health.

Another novel way of leveraging today’s technology is social media data collection to detect self-harm trends and tendencies among users through AI. In the mental health space, AI adoption is still in its infancy, yet it could be the biggest game-changer of the twenty-first century.

Overall we can sum up the benefits of mental health apps in a couple of essential points:

It remains worth noting that mental health app providers face their challenges, too. One of those might be obtaining empirical evidence that technological interventions work and operate as well as – or even better – than traditional approaches. Experts also notice that a particular difficulty could be equity – assessing whether apps work for all people and all mental health conditions. Apart from that, app producers and developers must be able to guarantee users’ privacy as apps tend to deal with very sensitive personal information.

An additional concern is a threat of overselling. Within mental health app providers, it needs to be acknowledged that customers may abandon it if an app or programme promises more than it can provide. It is therefore vital that the users can get fair value from the service.

Interestingly, there are no industry-wide criteria that customers may use to determine whether an app or other mobile technology is proved to be effective. That is why we need unified regulatory standards. To get started with this, it is necessary to determine who will or should regulate mental health technologies and the data they create and handle.

VR may be used to treat various mental health issues”

For quite some time, virtual reality (VR) has progressed in various therapy fields. By the end of 2021, the US Food and Drig Administration (FDA) approved the marketing of EaseVRx, a prescription-only VR device. Aimed at patients over 18-years-old, EaseVRx uses CBT and other psychological approaches to target chronic lower back pain symptoms. Now is the time to embrace this technology in mental healthcare.

Moreover, meta-analysis from JMIR Mental Health implicates that VR effectively supports CBT in treating anxiety and depression in the majority of trials.

Although it is a relatively new technology in the psychological field, because of its adaptability, VR may be used to treat various mental health issues, such as anxiety issues, PTSD and addiction. It is the future of low- to moderate-risk devices of a new type.

Another significant improvement in clinical psychiatry would be defining narrower patient groups based on their biomarkers. This could contribute to increased treatment response rates in specific subgroups. For example, a study published in Nature Reviews Drug Discovery shows that immune dysregulation, reflected in increased levels of inflammatory biomarkers, is highly associated with major depressive disorder (MDD).

How do we know we can target specific biomarkers in people suffering from severe depression? For instance, research indicates that patients suffering MDD with inflammation (CRP >3mg/L) performed worse on neurocognitive tests in psychomotor speed and response time. Overall, patients with MDD and high pro-inflammatory biomarkers are less likely to react to traditional antidepressants. Those unresolved clinical issues could be dealt with by implementing innovative immune-based therapies.

Whether it is patients’ own motivation to maintain their mental health via mobile platforms or they are indirectly using novel technology through professionals in more severe cases, the improvement and development of innovative treatments of mental health disorders cannot slow down. Experts need to keep the momentum and aim for even more disruptive solutions to ensure our society’s best chances for balanced wellbeing.

Adrien Châtillon is the Co-Founder and CEO of Actipulse Neuroscience, a medical technology company focused on brain health. Based in Boston and present in three countries, Actipulse specialises in non-invasive brain stimulation therapeutics for the treatment of neurological and psychiatric disorders. Adrien has previously co-founded two start-ups in his native France. He is a polyglot and has lived and worked in more than eight countries. 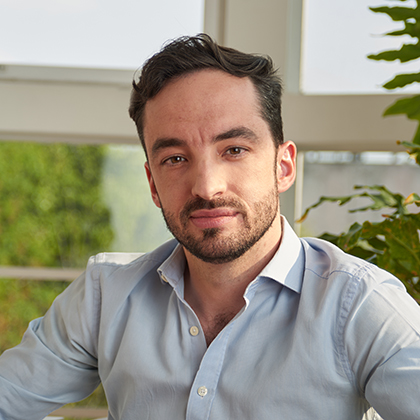